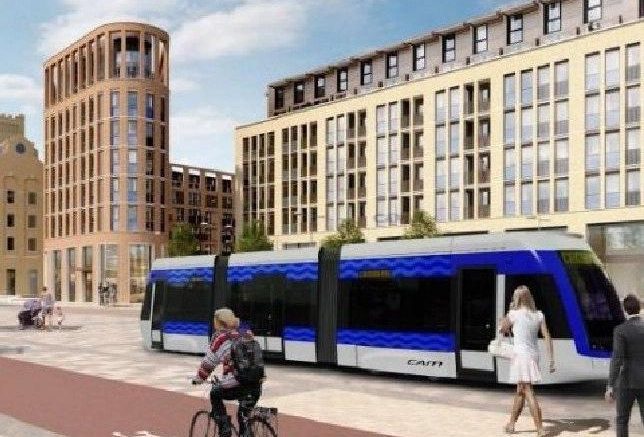 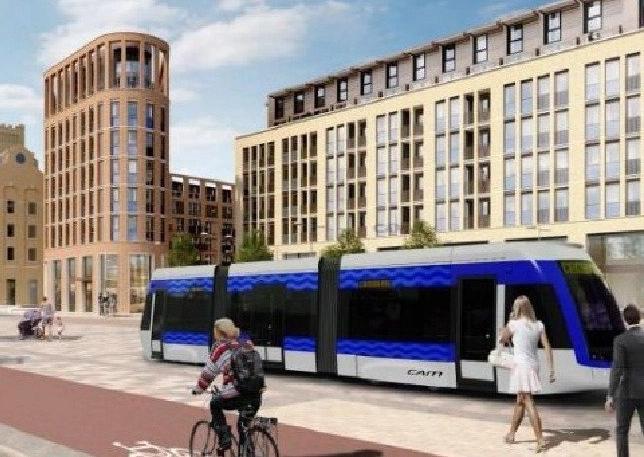 David Hughes is to be offered a salary of £225,000 a year with an annual 10 per cent bonus based on performance.

In addition, six other people will receive £40,000 a year for working a minimum of 15 days a year under pay packets signed off by the county’s mayoral body.

The Cambridgeshire and Peterborough Combined Authority board will decide on Wednesday whether to approve the appointments to One CAM Limited, which has been set up by the mayoral authority to deliver a new metro system.

The CAM (Cambridgeshire Autonomous Metro) – which has been heralded as a “world-class public transport system” by metro mayor James Palmer – could cost £1.5 billion to deliver, with routes potentially opening up from late 2024.

It will need just a simple majority of the combined authority board – which includes Mayor Palmer and leaders of the county’s district councils – to approve the new appointments, with the salaries having already been agreed.

If that happens, as expected, Mr Hughes could receive £100,000 more a year than Prime Minister Boris Johnson and £53,000 a year more (including pension contributions) than the chief executive of Peterborough City Council and Cambridgeshire County Council, Gillian Beasley.

Mr Hughes is currently strategy and programme director for Transport for the North having previously spent 15 years with Transport for London.

Conservative leader of Peterborough City Council Cllr John Holdich, who sits on the combined authority board, said: “It does sound rather an alarming amount of money. I understand these people are very experienced and have the right connections, but it sounds to man on the street and myself an extortionate amount of money.

“We have this argument between ourselves about salaries. You have to pay what the going rate is. It’s done on recommendation from people who understand these things.”

Labour leader of Cambridge City Council Cllr Lewis Herbert, who also sits on the board, added: “I haven’t seen evidence that the special company will accelerate delivery of the project and justify the extra costs.”

“This company is needed in the future, but only when it’s clear exactly what the shape of the project is.”

“It’s about time that we made progress.”

One CAM Limited was established by the combined authority to take forward the metro project.

Its board – chaired by former President of the Institution of Civil Engineers Lord Robert Mair – met for the first time on November 12 where it nominated Mr Hughes and five of the six non-executive directors (who have yet to be named) who will each be paid £40,000 a year to work a minimum of 15 days annually.

The salaries are “relative to the experience, expertise and skills of the proposed non-executive directors,” according to a report to be considered by the combined authority.

The sixth director is set to be appointed next year after a further round of interviews.

The new body’s interim chief finance officer will be Jon Alsop who is currently head of finance at the combined authority.

The mayoral body has already approved £2.7 million of funding for One CAM until the end of March which it says it will recoup once the company is fully established. It is also entering into contract arrangements on behalf of the new company during this time.

The CAM aims to deliver a “technologically advanced passenger transport system” which would be “trackless, low carbon and autonomous,” while its delivery is expected to open up vast areas of the county for future housing development.

The combined authority board is also due to sign off on £600,000 to be split equally to three companies for the next stage of the design concept process.

It previously authorised £3 million to fund an outline business case for the project.

The Peterborough Telegraph has asked the combined authority whether it believes the salary for Mr Hughes is justified and what his suitability is for the role.

“One CAM LTD is a private company limited by shares, currently wholly owned by the Cambridgeshire & Peterborough Combined Authority.

“One CAM LTD has been initially funded from the CPCA Gain Share and the Local Growth Fund, to fund its establishment and initial technical work.

“The CPCA engaged a specialist executive search consultant with significant expertise in the infrastructure sector and advised the CPCA on the appropriate market rate for the renumeration of senior posts in this sector. This reflects the scope and complexity of the CAM project and its impact on the wider Cambridgeshire and Peterborough economy.

“This role will be full time with the responsibilities of a CEO and will work the hours required.

“The CEO of ONE CAM LTD will lead the organisation responsible for the delivery of the CAM programme across Cambridgeshire and Peterborough.

“David Hughes is an exceptional individual who emerged from a global search and robust selection process as the preferred candidate for endorsement by the CPCA Board on 25 November 2020.”