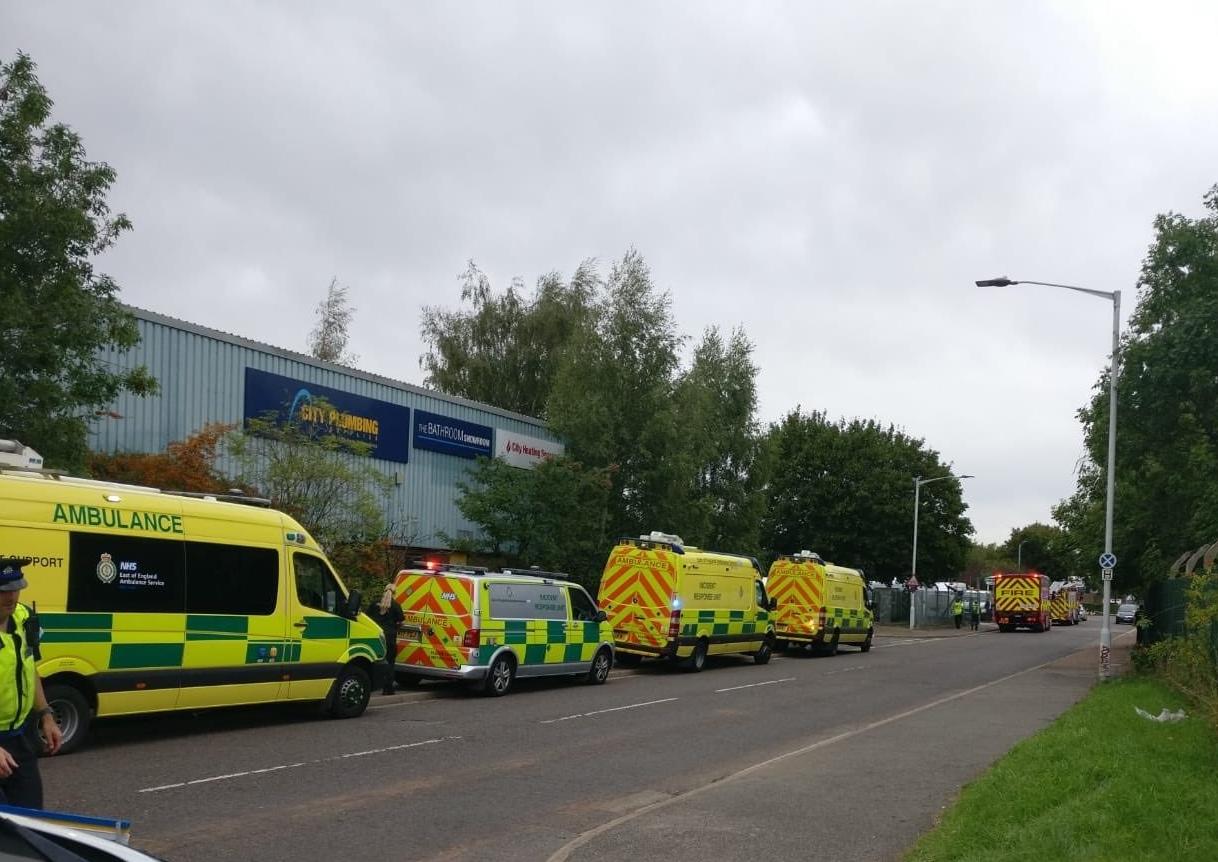 Emergency services at the scene in Ivatt Way.

Police, fire and ambulance were called to an industrial premises off Ivatt Way yesterday (August 27).

A Cambridgeshire Fire and Rescue Service spokesman said: “At around 2pm, we were called to an incident on Ivatt Way, Ravensthorpe. Crews from Whittlesey, Stanground, Dogsthorpe, St Neots and the Incident Support Unit, along with one crew from Market Deeping (Lincolnshire Fire and Rescue Service), attended. Ambulance, police and an air ambulance are also in attendance.”

A spokesman said: “Police were called at 1.56pm yesterday (August 27 ) to reports of an industrial accident in Ivatt Way, Peterborough. Police, fire and ambulance services attended.

“A man in his 20s was taken to Peterborough City Hospital where he later died. The death is currently being treated as unexplained. Officers are liaising with the Health and Safety Executive and enquiries into the circumstances continue.”

A Health and Safety Executive spokesperson confirmed they had been alerted to the incident.

She said: “Inquiries are at an early stage.”