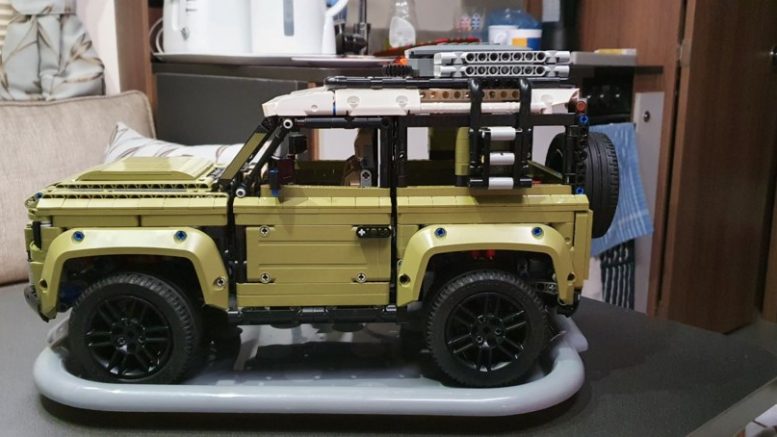 That positive line sums up her outlook after 12 months that would have tested anyone.

Since her initial scans and diagnosis this time last year, Lynn has had a breast removed after six cycles of chemotherapy, shortly before Covid swept through her home. She has also suffered the pain of her father Chris passing away, with a cancer of the liver and pancreas so aggressive that he passed away just 13 days after diagnosis.

But in an uplifting phone conversation last week Lynn, 51, from Paston, told Peterborough Matters that she considered herself fortunate that she had got through it all, with the support of friends, family and work.

Lynn’s “hell of a year” started last November, when she told her consultant about some lumps she had found on her breast.

That led to a biopsy and eventual diagnosis last November: “At the diagnosis they told me it was ‘treatable with an expected good outcome’ so I was hanging on to that, and named my blog after it.

“The chemotherapy was horrible, brutal, but after the third cycle they told me the cancer had shrunk by a half, which was fantastic news.”

The last round of chemotherapy, during which Lynn lost her hair and suffered terrible bouts of nausea, was in March.

However as plans were made for the next step – a mastectomy – Covid stepped in and pushed the surgery back by 11 days, to April 21.

Lynn said: “It was on the last day that they could fall within their target, at the Fitzwilliam.

“What was interesting was that it was a day case; I went in at 7am and was picked up at 8pm and went home with pain relief, for what was major surgery. It was amazing really.”

Meanwhile, the family had also been dealing with other dreadful news. Lynn said her father had been in pain for some time, before his own cancer diagnosis at the start of the year.

He had been taken into a care home in Bourne and survived just 13 days, but Lynn said: “He was very peaceful and calm through it all. He had declined all treatment – I was shocked, but I knew it was the right thing for him.

“The care home who looked after him very well described his passing as dignified, and that summed my father up.

“The funeral was a month later, during lockdown, and only five of use were allowed to go. There was no wake, and little recognition really. But again we were fortunate, as some haven’t even had funerals for their loved ones.”

By May, after her surgery, Lynn’s recovery was going well as she shielded at home and began working again. Then Covid struck, unfortunately brought home with her husband after a small number of cases at his workplace.

She said: “I had been taking my temperature while having my chemotherapy so I had become very aware of my own body, and I suspected I had it before it was definite.

“It wasn’t that serious. I felt a bit unwell for 11 days with what mainly felt like a cold. I also lost my taste and smell, which still hasn’t returned completely.

“My husband was off for 24 days – work understandably wouldn’t let him back before he got a negative test, and it took four tests to get one.”

Since then the year has been much better; Lynn started being able to return to the office once a fortnight in June after she no longer needed to shield, and received her permanent prosthesis in August.

The couple have also enjoyed three short breaks to Baston in a touring caravan to get away, where they continued their love of Lego sets which they have enjoyed for many years.

The latest addition to Lynn and Michael’s Lego collection

A Land Rover Defender is the newest addition, joining the Taj Mahal, Tower Bridge, London bus and many other intricate Lego builds – Lynn said: “It gives us time together, rather than me being on Facebook!”

On November 12 on her blog, she wrote in bold letters: A year ago today I was forced to face up to cancer in my life. Today I am saying “goodbye and good riddance” to cancer.

She said of her previous 12 months: “It’s been a long year but I’m very fortunate in some ways.

“I had a good support network from my mum and sister and friends who have been there all the way through. I’m no longer vulnerable and can go out, to the supermarket.

“There are people who have had it far rougher than me – but I must admit I can’t wait to see the end of 2020.”