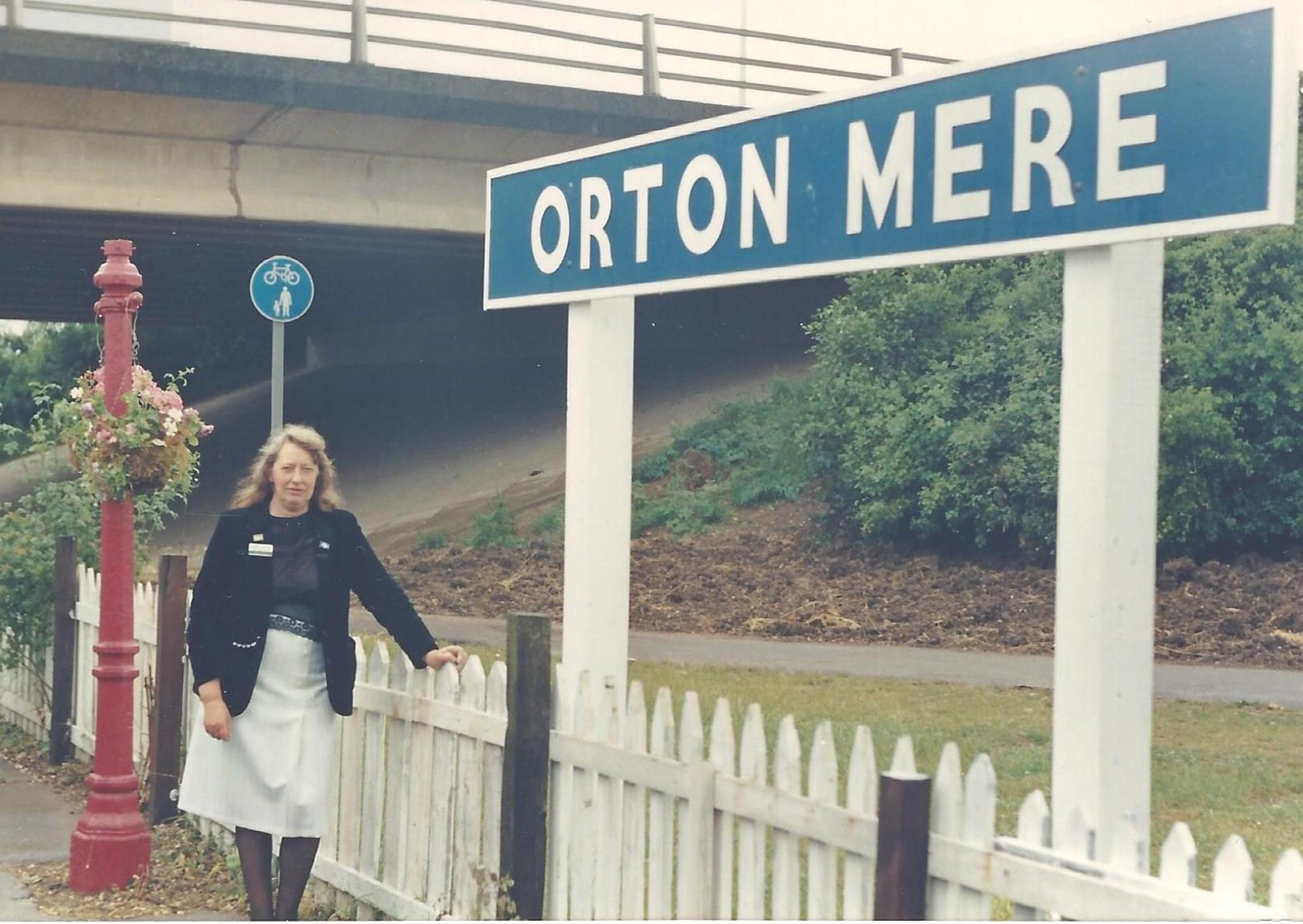 Doreen Foster passed away at age 87 last month after dedicating almost 50 years of her life to volunteering on both the Nene Valley Railway (NVR) and then Railworld Wildlife Haven.

She began volunteering at NVR right from when it was reopened as a preservation site in 1977 and did so until 1999. That was when she moved on to help Rev. Richard Paten and Brian Pearce at Railworld Wildlife Haven; running the cafe and ticket office for over ten years.

Her volunteer work with the NVR saw her meet an array of famous faces, many of whom were filming TV programmers of films along the railway, – from film stars such as Roger Moore, through to Prince Edward at the opening of the Nene Valley Railway extension to Peterborough from the original terminus at Orton Mere.

Her devotion and long service were rewarded with a Queen’s Award for Voluntary Service in 2018, presented by HRH The Duke of Gloucester.

For this reason, it was only fitting that Doreen’s ashes be scattered at NVR. On Saturday (August 21), a large number of her friends and family gathered at Orton Mere station as her ashes were scattered from the chimney of her favourite steam locomotive called ‘Bahamas.’

The engine was driven by one of Doreen’s best friends Paul Roe, who she had known from the age of 13 and helped him to go on to become a Volunteer Locomotive Superintendent at NVR.

Doreen rode along with on the footplate on the route into the station and as they arrived, her sons Gary and Neil placed the ashes inside of the fire box for the ashes to then be released and scattered from the engine’s chimney.

Neil said: “Mum was at Nene Valley Railway right from when it started and she got the opportunity to meet so many people and make some great friends. We approached the railway to see if we could make this happen and, brilliantly, they agreed.

“We had one of her best friends driving her favourite engine and it was such a fitting tribute. It was great to see so many people there and for NVR to keep the building open afterwards so people could stay and it turned into a really nice tribute.

“She was a really loving mother to the family and a friend to so many.”

Doreen was born in Oundle Road in 1933 and spent her childhood living at number 407, alongside her two siblings and went to school in Fletton.

She was an avid roller skater and that is how she met her eventual husband Frank. The pair married in December 1959 and lived in Crown Street for four years until number 409 Oundle Road came on the market. The couple brought it and Doreen would go on to live next door to her childhood home for the remainder of her life.

Doreen attended night school to learn shorthand and typing and held a job at the Tar Distillery off Oundle Road but her first involvement in the railways was at age 15 after she left school and began working at the London North Eastern Railway Savings Bank in Walpole Street, New England.

She always said railways were in her blood – her grandfather was an engine driver – on one occasion almost running over the straying local Fox Hunt – He just managed to stop the train in time!

She was instrumental in the organization of the Santa Express trains at Christmas on the Nene Valley, Gary and Neil both remember the front room being piled with cuddly toys which all needed wrapping – well over 10,000 presents to wrap most years for the Santa’s!

Doreen will be fondly remebered by so many, particularly the railway volunteers who she always made soup for, earning her the nickname, the ‘Soup Dragon.’

Steam pours from The Bahamas as it enters Orton Mere station.