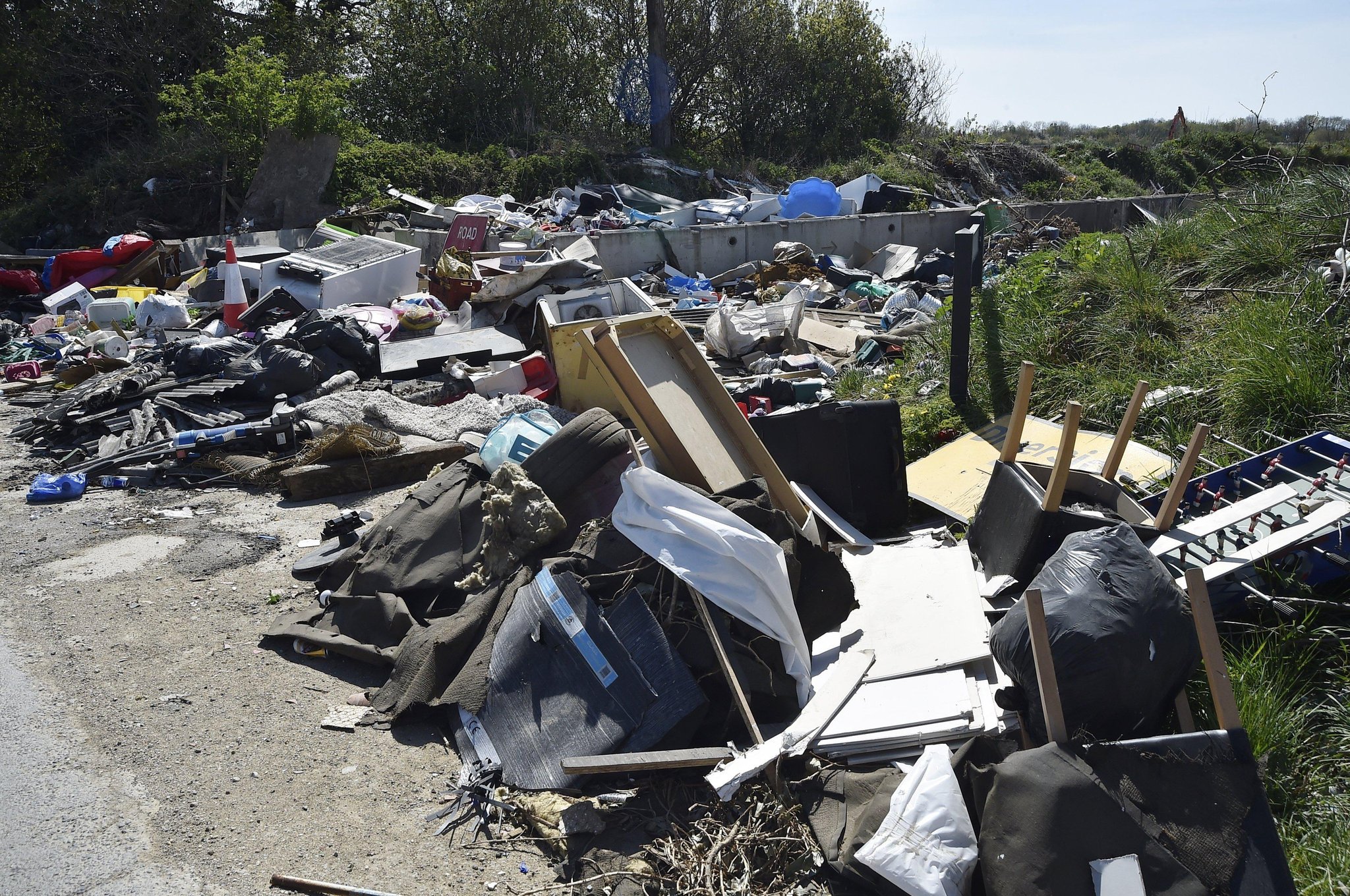 Junction of Norwood Lane with Newborough Lane is currently blocked to traffic after piles and piles of rubbish has been left dumped on the road.

The rubbish has been there for several weeks, but has not been cleared.

The huge mound of waste – which stretches back along the road for dozens of yards and up grass verges, includes carpets, mattresses, toys, sports equipment, other household waste – and even a ‘Road Closed’ sign.

Today Peterborough MP Paul Bristow has called for cameras to be put in place to catch those guilty of leaving the rubbish.

He said: “This is a notorious fly-tip hotspot and quite frankly it is a disgusting eyesore. People who dump their rubbish here are criminals and it should not be tolerated.

“We need cameras or some sort of surveillance here to catch perpetrators. I want to see Peterborough City Council and authorities across the country take a zero tolerance attitude to those that dump rubbish in our City.”

Gunthorpe ward councillor Andrew Bond said he was appalled by the situation – as despite efforts to remove the rubbish, more was always dumped in its place.

He said: “As a local team of Councillors and campaigners, we are appalled by the disgusting amount of fly tipping that occurs regularly along Norwood Lane. We have arranged for the site to be cleaned, however within a matter of weeks, sometimes days, more appears.

“I have recently been advised that due to the future development of the surrounding site, the access to Norwood lane is going to be relocated. I have been advised by Council officers that this should greatly reduce the current level of fly tipping in the area.

“Cllr Sandra Bond, Local Candidate Simon Kail and myself will continue to monitor the situation in the hope that it improves, as well as working closely with enforcement officers and Aragon to try and further reduce the shocking levels of fly tipping that currently exists along Norwood Lane.”

Earlier this month a spokeswoman for the Peterborough City Council Housing Team said there was still access to the travellers site, which is located on the road. She said; “My team attend site regularly and can confirm that the entrance to the Travellers Site is not blocked, therefore there is no requirement for an alternative entrance.

The Peterborough Telegraph has contacted the council for an updated statement on the current situation at Norwood Lane.

The scene earlier this month