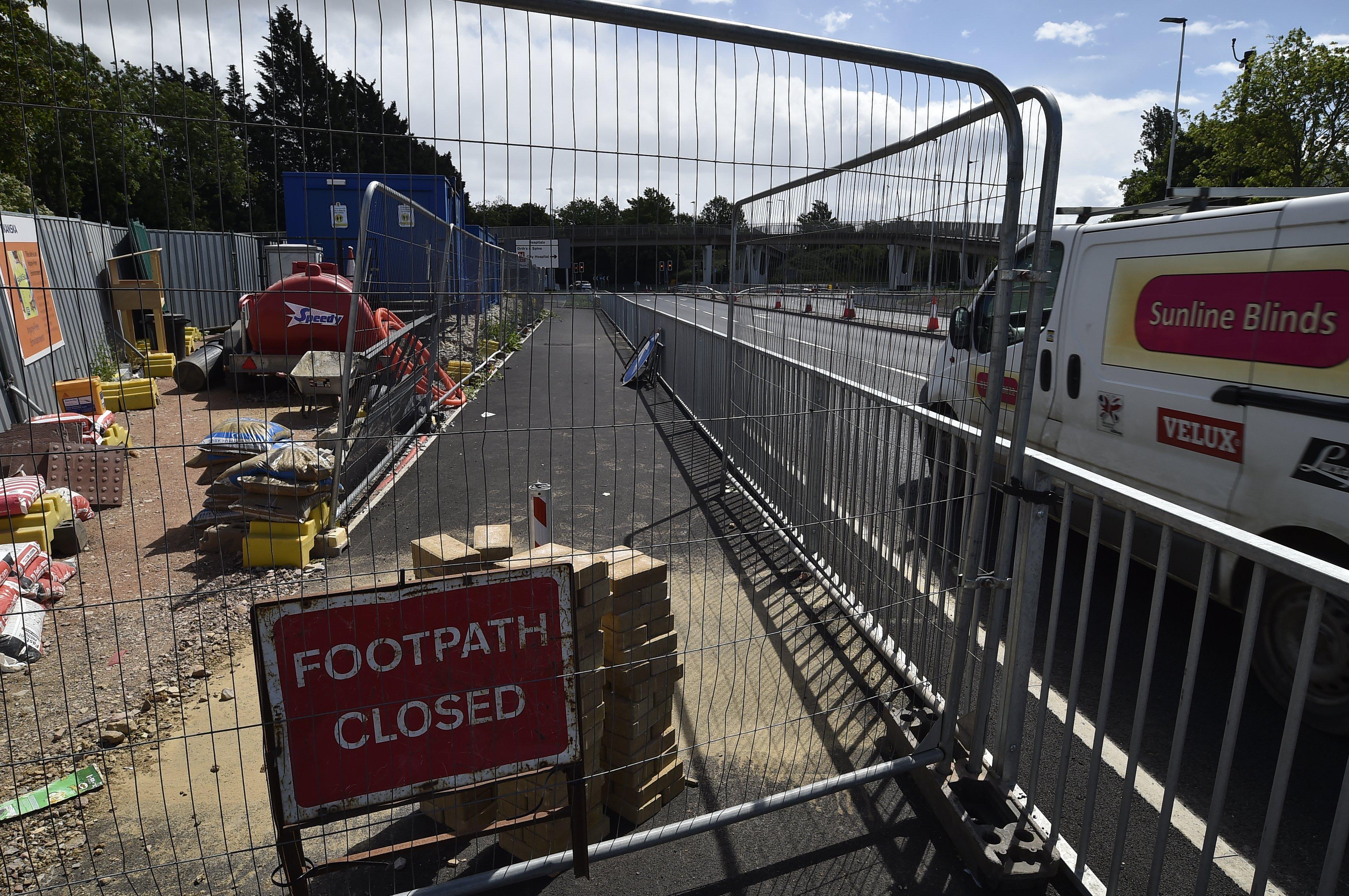 The four crossings on slip roads at the busy A47/A15 junction near Brotherhood Shopping Park were due to open on Monday, September 14.

But a Peterborough City Council spokesperson said on Friday: “Final testing of the signals by our suppliers is taking a little longer than expected so we have decided to open the pedestrian crossings next week.”

The introduction of the crossings has proved controversial, with campaigners vocally opposing them, although senior figures at Peterborough City Council insist there will be no major safety risk.

The new pedestrian crossings by Rhubarb Bridge have yet to open

Concerns have been fuelled by safety audits from contractors Skanska which stated that bringing in the crossings could see multiple collisions every year, including ones which may be serious or fatal.

Skanska, which is the council’s official highways partner, has “strongly” urged the authority not to progress with the crossings but to instead focus only on repairing Rhubarb Bridge.

However, the concerns were dismissed by the council which insisted that the overall scheme – which included adding in an extra lane of traffic at the roundabout – is safe.

The authority has also suggested that the contractors were ‘confused’ by what the finished scheme would look like when compiling its assessment, that pedestrians and cyclists felt ‘intimidated’ by using Rhubarb Bridge due to previous incidents of serious crime at the location, and that it was not accessible for vulnerable residents.

Initially the £5.5 million scheme – which received £3.85 million of funding from the Department for Transport – envisaged the bridge being knocked down as it was described as being ‘at the end of its life’ and would allegedly cost up to £30 million to replace.

The authority later did a U-turn after a new assessment revealed that Rhubarb could be repaired at the same cost as being demolished.