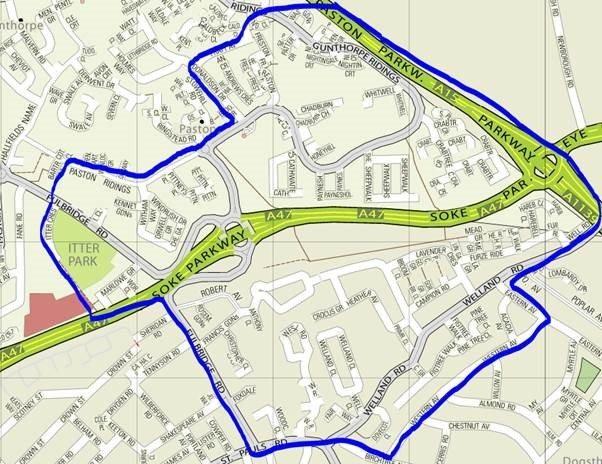 A map of the area included in the order

The order is in effect from 8am tomorrow (22 August) until 8am on Monday (24 August) and covers the Peterborough areas of Dogsthorpe, New England, and Paston areas.

Detective Inspector Dave Taylor said: “We’re aware of planned drug-related crime and violent disorder in Peterborough this weekend – and the dispersal order gives us the power to make anyone we suspect of being involved to leave the area with immediate effect and not to return within a specified period.”

A map of the area included in the order

The order has been granted under section 34 of the Anti-Social Behaviour, crime and Policing Act 2014, and allows for Police Community Support Officers (PCSOs) and police officers to direct a person to leave the area specified within the order if they have reasonable grounds to suspect that their behaviour has caused, or is likely to cause, harassment, alarm or distress to members of the public. Failure to comply with the order can result in arrest.