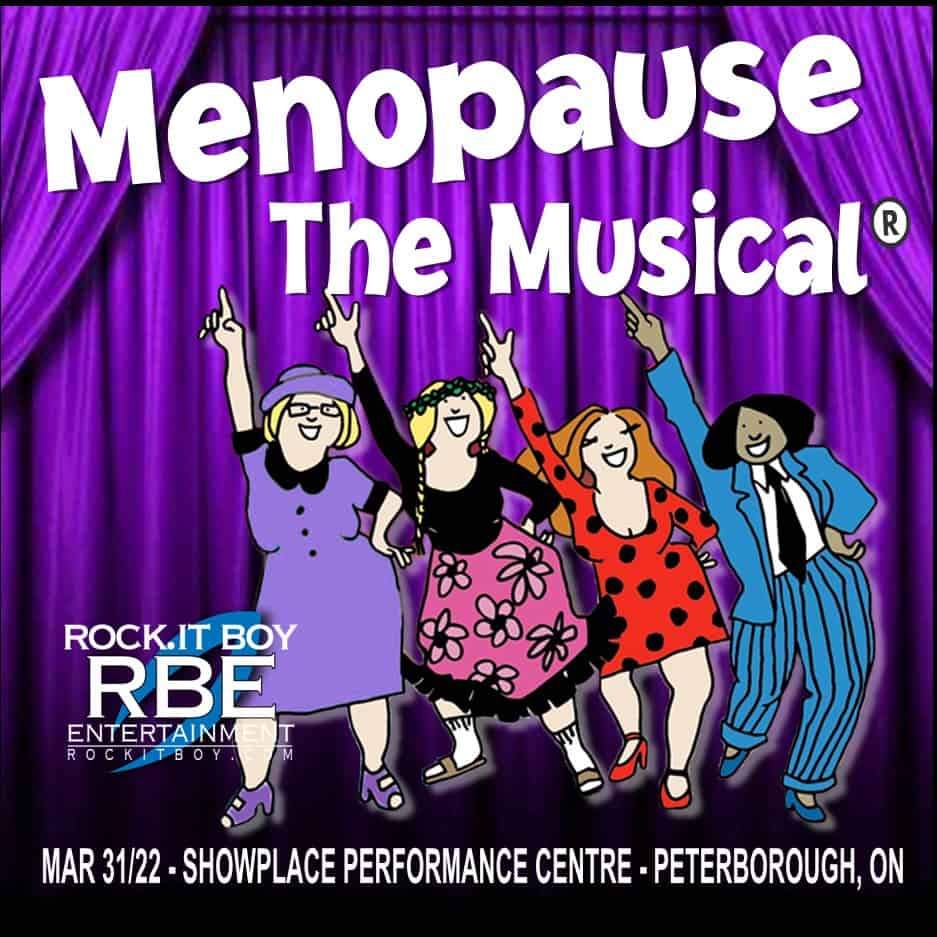 The Hilarious Celebration of Women & The Change!

Menopause The Musical®, now approaching its twentieth year of production, is recognized as the longest-running scripted production in Las Vegas.  This original Off-Broadway musical comedy is set in a department store where four women meet by chance while shopping for a black lace bra. After noticing unmistakable similarities with one another, the all-female, all-star Canadian cast joke about their woeful hot flashes, mood swings, wrinkles, weight gain, memory loss, too much sex, not enough sex and more.  These women form a sisterhood and a unique bond with the audience as they rejoice in celebrating that Menopause is not “The Silent Passage” anymore!

The laugh out loud, 90-minute production, gets audiences out of their seats and singing along to brilliant parodies from 25 classic hit songs from the ‘60s, ‘70s and ‘80s.  The hilarious musical has been seen by millions and entertained audiences across the world.  The show plays to consistently sold-out crowds from coast to coast, receiving standing ovations every night!  Come see what millions of women worldwide have been laughing, cheering and raving about!

For more about Menopause The Musical® visit:  www.menopausethemusical.com.