Rave On: The Rise of Rock and Roll 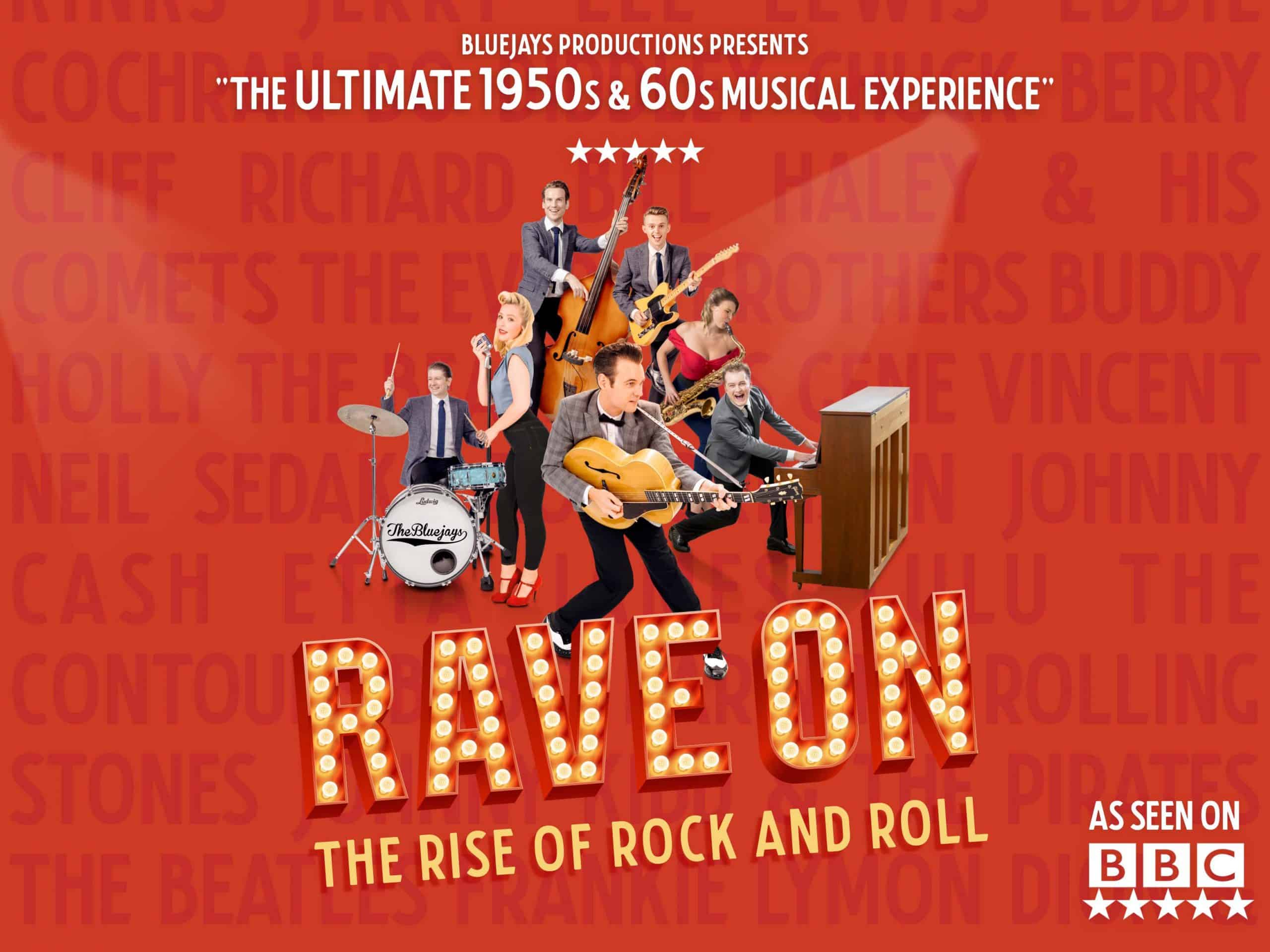 Rave On is the 1950s and 60s musical sensation sweeping the nation. Featuring multiple award winning band The Bluejays, a group comprised of stars from West End Productions The Buddy Holly Story, Million Dollar Quartet and Dreamboats & Petticoats, Rave On transports you back to the fabulous 50’s in stunningly authentic style.

Charting the meteoric rise of Rock and Roll, Rave On is a thrilling tour through music’s most revolutionary decade. Prepare to be enthralled as the Bluejays recreate note perfect renditions of the songs that changed the world forever. Featuring the greatest hits of the 1950s and 60s, from the likes of Elvis Presley, Buddy Holly, Chuck Berry, The Beatles, Connie Francis, Eddie Cochran, Little Richard, Roy Orbison, Lulu, Cliff Richard and many more, Rave On is a musical experience like no other.

“A wonderful band” – Brian May