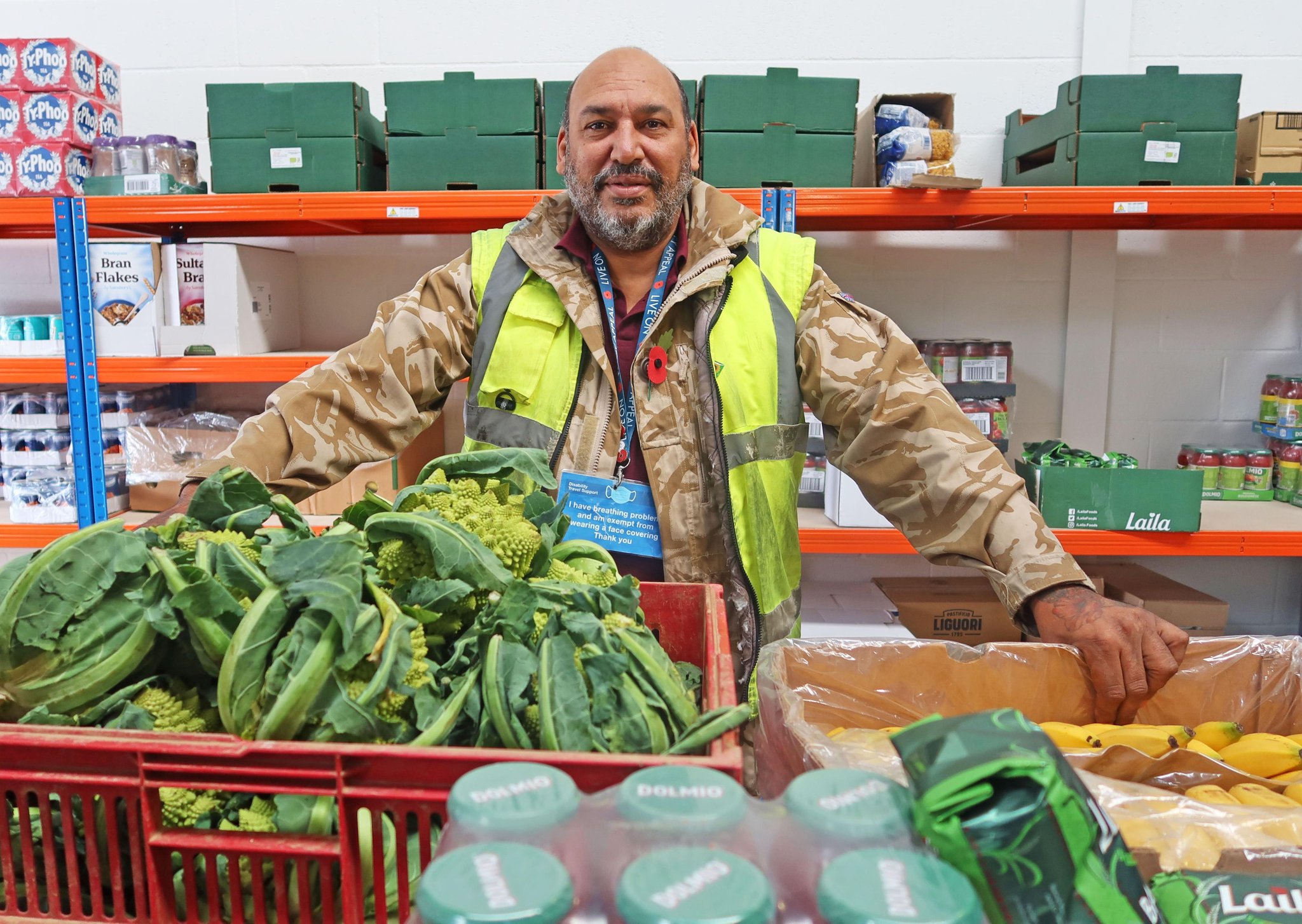 Former homeless veteran, Cocoa Fowler, who founded Food For Nought, has been given a Point of Light Award for supporting families in the city every week during the pandemic.

For 15 years, he served with the Royal Artillery and then found himself back in the UK but after struggles with his mental and physical health, he lost his job and became homeless.

He soon found a new focus, after being supported by a charity who helped him access food, he decided to create his own initiative to give back to others in need.

Cocoa, who first assumed the award was someone playing a prank on him, got in touch with the HM Government representative who emailed him and was ‘absolutely delighted’.

He said: “This award is not just for me, but for all of our trustees, directors, volunteers and supporters. Without them Food for Nought wouldn’t be where it is today.

“When I first launched Food for Nought I had no idea that our efforts would be recognised, certainly not by the Prime Minister’s office. Our Points of Light Award certificate will sit proudly alongside the Big Issue Top 100 Changemaker Award we received earlier this year.”

The Points of Light awards are given to ‘outstanding’ individual volunteers, every week the Prime Minister chooses someone to give the recognition to.

Looking ahead, Cocoa has big plans for Food For Nought as they are opening a new premises in the centre of Peterborough.

He said: “Our big project will be called The Carmine Mangieri Centre, Gladstone Street, in the memory of a great local businessman, and his family are offering us amazing support to expand our service from this location.”

Cocoa is hoping other businesses can pledge their support in tackling food poverty in the city with Food For Nought.

He said: “Right now we need local businesses to support us as we transform our central Peterborough premises from an empty building into a busy food redistribution hub.

“The new building will help the city of Peterborough tackle climate change by redirecting huge quantities of food from landfill and also help feed the hungry.

“We also plan to focus on food education to help those with very little create healthy and nutritious meals from surplus food.

“I’d also like to take this opportunity to thank the Peterborough Telegraph for helping us to spread our message and for their amazing support.”

Congratulating Cocoa on his award, Paul Bristow, MP for Peterborough, said: “I was able to see first-hand some of the work that Food for Nought does when I joined Cocoa Fowler and his incredible team earlier in the year.

“The support that Food for Nought has offered families in Peterborough is incredibly impressive and valuable. As well as ensuring excess food from supermarkets is not wasted, the support they give to parents and children with ADHD and autism is very impressive.

“They are so well deserving of a Points of Light Award and make me Proud of Peterborough.”

Cocoa Fowler is a man on a mission

Cocoa Fowler in his military days.