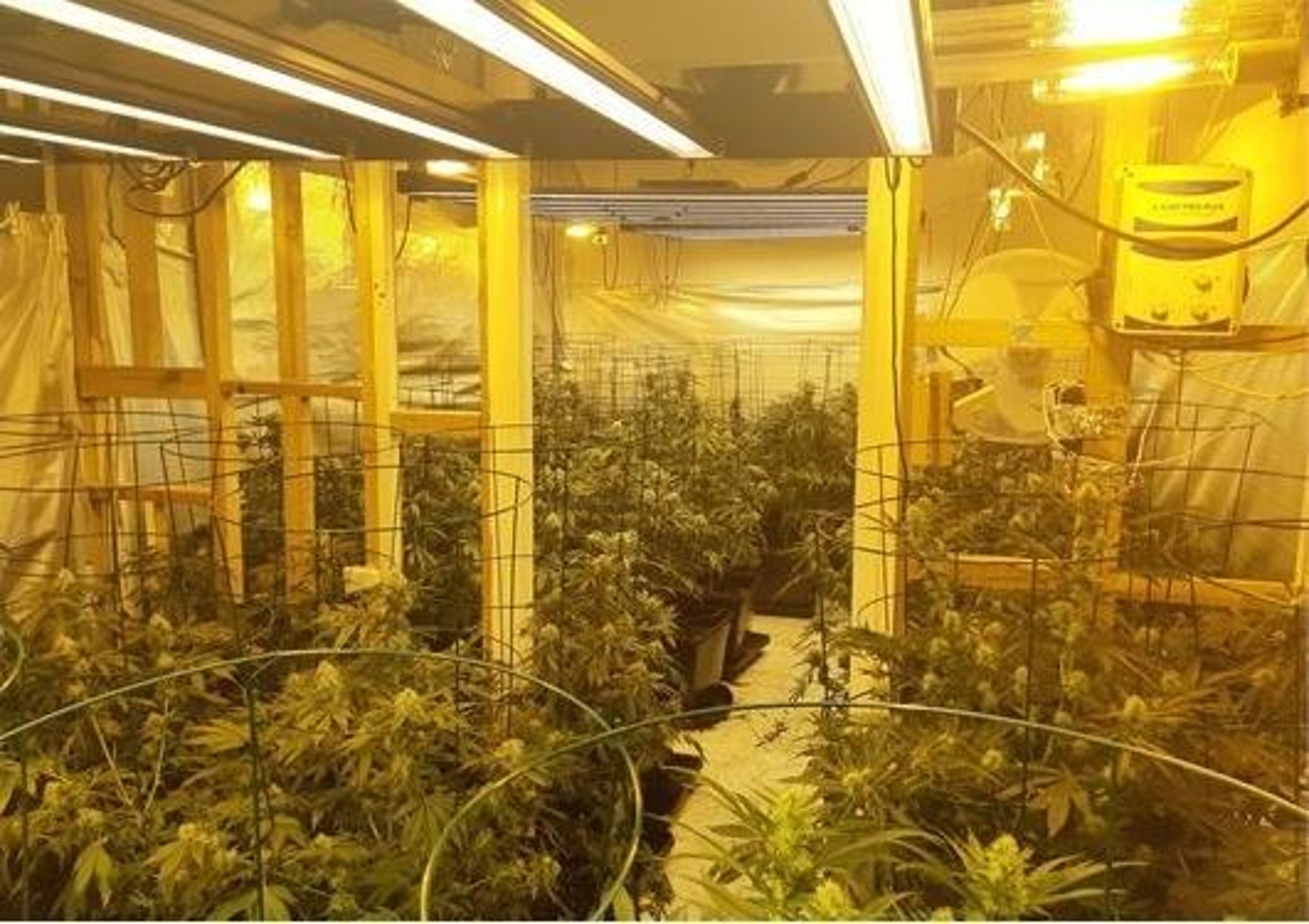 The Neighbourhood Support Team (NST) discovered the cannabis factory of 128 plants worth up to about £100,000 growing at a house in Francis Gardens, Dogsthorpe, just before 7.30am on Thursday (August 19) morning.

Shortly after, the team moved on to a house in Crown Street, New England, where about 500 wraps of suspected crack cocaine worth up to about £20,000 was found, along with about £25,000 in cash.

All drugs and cash were seized, along with other evidence of drug dealing and two cans of CS gas – a prohibited weapon under the Firearms Act.

Three men, aged 20, 24 and 27, and a 22-year-old woman have all been arrested in connection with the discoveries and are currently in custody at Thorpe Wood Police Station.

Anyone with information or concerns about drug use, dealing or production can report online at https://bit.ly/2XFDjsx.