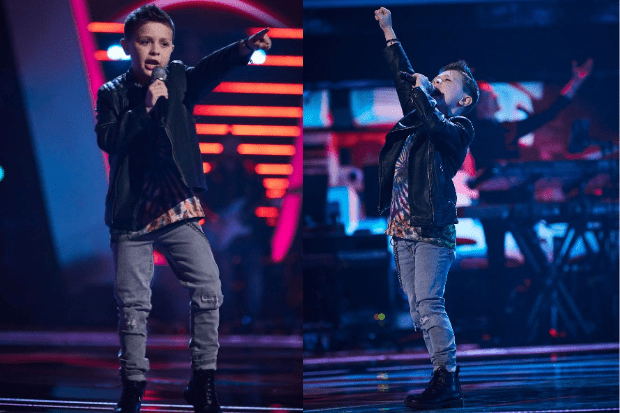 In the first final of its type in front of a virtual audience across the UK and millions more watching from their homes, Peterborough pop star George gave two brilliant performances, starting with The Killers anthem When You were Young.

The four finalists – George, Victoria, Dara, and Justine were vying for a £30,000 prize towards their singing career and a VIP holiday to Orlando, Florida – however, in a late twist it was announced that all four would be heading off to the USA.

However in the end it was Justine, who had performed with her coach Pixie Lott, who took home the first prize after voting from the virtual audience.

Judges Danny Jones, Pixie Lott, Paloma Faith and Will.I.Am had been assessing and helping the four youngsters who had battled through a series of rounds to get through to the final.

Will.I.Am said George sang like he was “transported from the future where he has a huge career”, while Pixie said he was a ‘little rock and roll star’ whose voice was ‘magic’. Danny said his protege “was ready to go out and front a band right now.”

George, from Team Danny, also performed with his judge and mentor in a brilliant duet of Bruce Springsteen’s Born to Run – George said that he loved it – and Danny said it had been amazing fun to work with the youngster all the way through.

Mcfly star Danny had enlisted his fellow band members in coaching George beforehand from their studio in London.