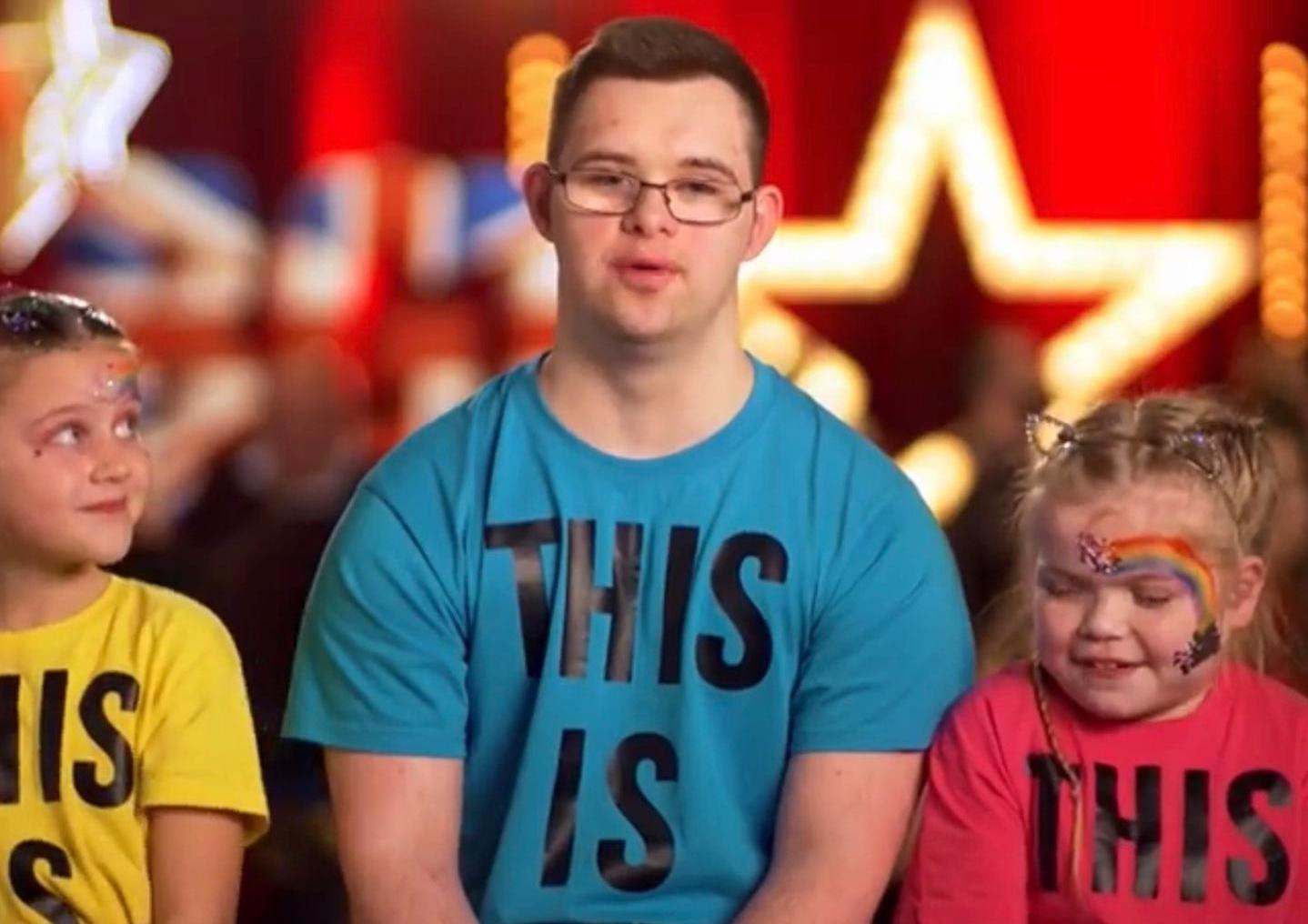 Sam Harvey, 23, from Oundle will appear with his Sign Along With Us group on Saturday.

An Oundle man who’s part of an inspiring choir that brought the Britain’s Got Talent judges to tears will appear on TV before millions of viewers this Saturday (September 19) after the group got a Golden Buzzer gimme into the semi-final.

Sam Harvey, 23, and his mum Lesley are part of an uplifting sing and sign choir called Sign Along With Us that have made it through to the final stages of the ITV show.

The choir went straight through to the BGT semi-final after judge David Walliams gave them his once-in-a-series Golden Buzzer treatment in April for their rendition of This is Me from The Greatest Showman.

Sam, in the blue shirt, with his mum Lesley on his left in the pink shirt on stage at their first audition

The group was started by Manchester-based Jade Kilduff when she was just 18 after her little brother Christian was diagnosed with several conditions including cerebral palsy as an infant. She feared he would never talk so began signing with him and put videos of them on YouTube to encourage others to learn the skill. Out of this came a community choir called Sign Along With Us.

Lesley said: “We met Jade at a party and we’ve been members of the choir for a year now. She’s incredible and we’ve enjoyed being part of the group so much. The rest of the choir is based in Manchester so quite a bit of remote learning has been involved!”

The group auditioned together on stage for BGT before lockdown, but since then many members have only been able to rehearse via zoom.

Lesley said: “It’s been a bit of a challenge to rehearse during lockdown as we haven’t all been able to get together as we would have liked to. It’s put us at a bit of a disadvantage being such a big group.”

Covid-19 restrictions mean numbers in this weekend’s performance have been curtailed and producers have had to be creative in the way the group will appear on TV screens.

Lesley said: “It’s a shame that we’re not going to be able to appear on stage altogether but it’s still so brilliant to get through to the semi-final. Some of the group went to London last week to film their part on the stage and we’ve been up to Manchester to do some interviews. It’s been a real mixed-bag in terms of filming.

“Sam’s so excited for this weekend.

“Signing is life-changing and, although Sam’s speech is good now, when he first learned signing he really did need it. Jade is making a real difference to the lives of so many people.”

The group’s original audition has already been watched 22 million times on YouTube.

The eventual winner of the series will get £250,000 and the chance to appear on the Royal Variety Show.