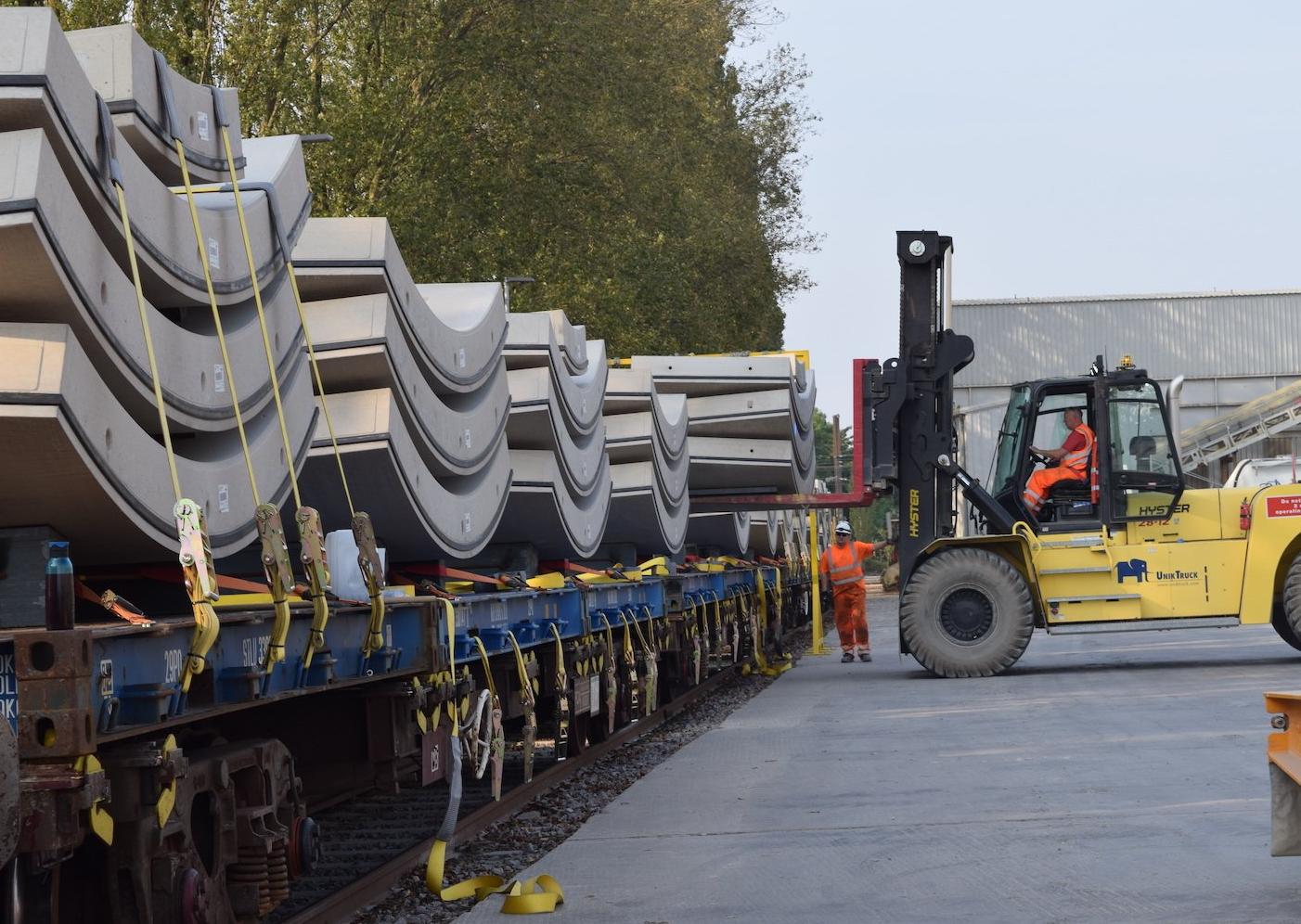 The concrete structures built at Tallington and ready for transport.

The precast concrete factory at Tallington has been given a new lease of life after securing a contract to build concrete segments for London’s biggest infrastructure project.

Tideway, which is spearheading the building of a 25km sewer tunnel under the River Thames, has ordered thousands of concrete segments to be made by the factory.

Once completed at the factory, which is located adjacent to the East Coast Main Line railway, the segments will be transported by train to London, where they will form part of the underground tunnel.

TBM Selina, which will do the building, in the main tunnel at Chambers Wharf.

About 39,500 segments are being cast in total, which will be bolted together to form 6,000 rings that comprise the eastern section of the super sewer, which will run from Bermondsey to Stratford.

The factory is being run by a joint venture of Max Bogl and Tarmac and has employed around 35 people to operate the site and will be working on the project until the end of 2021.

Terry Saw, who is a train driver for Tarmac, which is running the factory, said: “This factory was mothballed until the work came in for Tideway.

“It’s given it a new lease of life and brought in jobs for people like me.

TBM Selina, which will build the tunnel, on the London skyline.

“I’m now a train driver for the locomotive that takes the segments on to the main line for delivery down to London and it’s the best job I’ve ever had.”

The eastern section of the tunnel is the deepest part and runs up to 66 metres below ground.

Tunnelling will start later this year, following completion of the western and central sections. So far, 19km of tunnel has been built.

Alistair Melville, project manager for Tideway East, which is a joint venture of Costain, Vinci and Bachy Soletenche, said: “We’re committed to using suppliers from across the UK.

“This factory is a great example of how we can use suppliers away from London, whilst also minimising our carbon footprint by using the railway and river transport.

“The super sewer is a vital piece of infrastructure to clean up the River Thames, which is currently being polluted with tens of millions of tonnes of raw sewage a year.”

Peterborough’s pubs and bars are getting behind England ahead of their opening Euro 2020 match against Croatia on Sunday afternoon. Peterborough Telegraph…

A new housing development on the site of Spalding’s former Welland Hospital is continuing to take shape. Peterborough Telegraph…