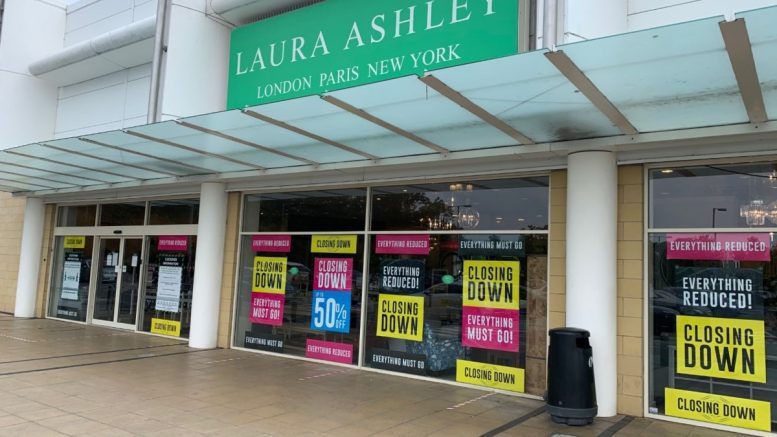 The brand announced it would permanently close 70 stores in mid-March, just prior to the national lockdown. Peterborough residents who frequented the store in Bretton were shocked at the announcement, but made the most of the closing down sale in July this year.

After getting some of their favourite stock at bargain prices, it looks as though the business may be back following a new partnership with Next.

Laura Ashley will be reintroducing its homeware into Next stores and online from spring 2021, after the two retailers brokered a deal in October.

Bosses hired PwC to advise on the administration process, blaming the impact of coronavirus for tipping it over the edge.

Laura Ashley will be relaunching under new owners Gordon Brothers, with “a British team of designers continuing to fly the flag” for the brand, according to a spokesperson.

Poppy Marshall-Lawton, head of brand and partnerships at Laura Ashley, said she is “very pleased” to be partnering with Next.

She said: “We felt partnering with such a dynamic and British retailer such as Next was the perfect progression.

“Laura Ashley herself was always inspired by the past but excited about the future, so getting the chance to reinvigorate the brand is a perfect new chapter in our already fabulous story.”

Chief executive at Next, Simon Wolfson, added the business is “delighted” to be partnering with Gordon Brothers and Laura Ashley.

He said: “We believe that the combination of the design vision of the Laura Ashley team alongside Next’s online and retail infrastructure can combine to revitalise this world-class brand.”

Sharp increase of people on housing register in 2020