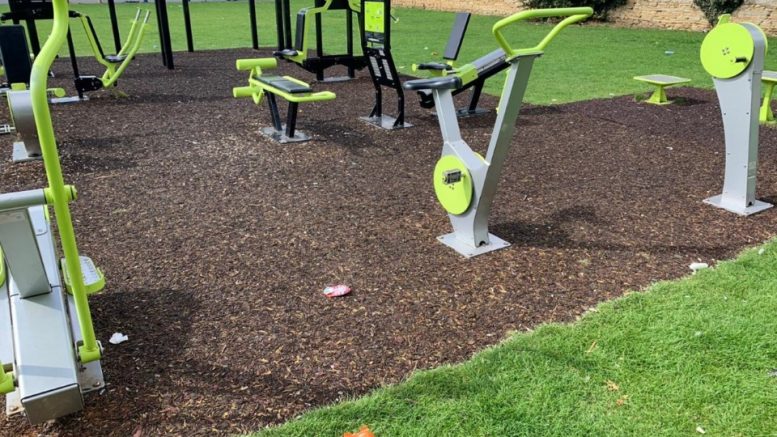 The idea was that this would target issues in the Gladstone, Millfield and New England neighbourhoods, moving from investing in the street scene to “investing in the infrastructure in the area as a means of kick-starting the next phase of regeneration.”

Furthermore, the council wanted to deliver a strong sense of ‘place’, so that in effect the community would deliver the project themselves.

But many people have asked, save for improvements to the look of the area, where the investment went. Few people would argue that it needs it, and has needed it for many years. Because while there are many businesses in the area, and undoubtedly a community feel, it is desperate for a boost.

Last week we reported on our walk through the area with Mohammed Saeed of Community First, who pointed out some of the many issues in the area – predominantly drug dealing, crime and the number of gambling locations.

There are also other problems, which are not confined of course to Millfield or even Peterborough – speeding and poor road layout, a lack of community space, and littering and flytipping, to name but a few.

Regarding the latter, the trash is immediately visible, spread across the road and pavements. The community carries out litter picks but there is a perceived lack of bins.

Saeed says: “There are a lot of off-licences and fast food establishments on this road. I’ve been to other cities where the demographic and area is very similar, and I don’t see the litter.

“It’s a mindset – I heard a conversation yesterday where I heard someone say that if they didn’t throw litter on the streets there would be no jobs for street cleaners.

“On the park yesterday we had a whole leather sofa set, with several gentlemen sitting drinking, look, here’s a fridge. The bulky waste collection was cancelled and people have just been chucking them out. If someone buys a new bed people won’t be able to have them in the house, so they’ll just leave them out. They won’t take them in a car to the tip.”

The gym on Lincoln Road, which the community appreciates greatly. Photo: Shariqua Ahmed
Litter is perhaps symptomatic of a bigger issue; a lack of infrastructure investment, particularly when Fletton Quays, North Westgate and the Station Quarter are enjoying such riches. Saeed is keen not to blame the council on its own, with Central Government cuts an ever-present bite on resources.

In one hour Saeed points out a host of problems that could be resolved with extra funds. As an example, standing on the corner near Alma Road, Saeed said: “One of the main issues here is speeding, and especially around this bend.  Once the road straightens out it becomes very fast.

“We get a lot of high-powered cars booting it down here, especially at night, but it’s also very busy in the day and there’s a lot of double parking. Speeding is one of the main concerns and what I would have liked to have seen is a zebra crossing here, with speed humps at the depot, and one where Barclays is. As you can see deliveries are coming in all day, and all evening for the shops, and the footflow is quite immense.”

Another area of concern is near the Stagecoach bus depot, a hotspot for a terrible traffic build-up causing queues down the road, especially when buses come back at 7.30pm.

There has been talk of the depot on Lincoln Road being purchased by the council and moved to somewhere where traffic is less of an issue, which was a recommendation of a cross-party group last year aiming to look at the air quality of the city. However a recent progress report on this states that Covid-19 has stalled these talks.

Another issue Saeed details is a lack of a community venue: “We had the old walk in centre at Alma road, and there is now an empty space that could be developed into an community space.

“We would love people to grow food and simple things like that. Once you teach someone that they’re more likely to eat it – if you teach kids to grow kale, they’ll eat kale. If you buy it from Tesco they won’t.”

So what did happen to the £7.5m? PCC Labour Group leader Shaz Nawaz says he has asked the question repeatedly for the past three years.

He told Peterborough Matters: “Why have the people of Millfield and New England been let down once again by being misled and promised jam tomorrow. I haven’t got any comprehensive answers yet. This has been neglected by the Tories for far too many years. The end result is as you see it now: an area full of talent but struggling through deprivation due to abandonment from the Tory administration.

“That area has got so many diverse businesses and it contributes so much towards Peterborough’s economy. Yet there is no investment in return. It’s only a one-way system for the council. It’s such a shame to see the area go from bad to worse.

“It is a very multi-cultural area with potential but no one seems to care about the challenges the residents face, perhaps because they can’t understand or relate to the communities living in and around Lincoln Road.

“Perhaps they don’t care. I was raised in that area and it is an untapped goldmine. I wish the Tories would see the huge potential. They are missing a big trick and at the same are letting down so many families especially the younger generation. It’s heart-breaking.”

The council’s ruling Tory group responded to the claims – saying that a case needs to be made “which demonstrates a real return on any investment in terms of residents health, wellbeing and pride in their neighbourhood”.

In addition, it appears that at least some of the £25m from a successful Towns Fund application – also earmarked for the Station Quarter, a bridge across the Nene and other projects – will be spent on the area

Cabinet discussed the Can-Do project funding last October and reaffirmed its commitment to investment in the Lincoln Road area. – but this is subject to a clear business case being established for individual projects which could deliver value for money in addressing local needs.

In addition the impact of Covid 19 and increased budget pressures in recent years means “difficult investment decisions are being undertaken and a small number of funding projects have had budgets redistributed.”

So far, according to the council, £663k of the £7.5m has been spent on various projects. The good news is that work is still ongoing, alongside the Combined Authority, to find a suitable place to move the Stagecoach depot.

Three play areas have had new equipment installed, and 30 planters which had previously been overgrown have been transformed and are still being maintained by the community.

Over 30 trees have been planted in locations where trees had previously been removed, and are being watered by local volunteers, while a well-used state of the art ‘green gym’ has been installed at Connect Park between Gladstone Street and Bourges Boulevard. Other improvements include:

Councillor Peter Hiller, cabinet member for strategic planning, commercial strategy and investment at Peterborough City Council, said: “The council is committed to investing in projects in Lincoln Road – subject to available resources – where a key business case has been identified which demonstrates a real return on any investment in terms of residents health, wellbeing and pride in their neighbourhood.

“As a result of financial pressures on the council due to reduced Government funding and the impact of Covid-19, we have not been able to invest as heavily as we would have liked three years ago.

“We are committed to the regeneration of this area which does require considerable capital investment to move it forward and we are actively seeking means to do this. We are currently working on securing a bid for funding with the Peterborough application to the Towns Fund which, if supported, would see considerable improvements to be made in Lincoln Road. News regarding the bid should be heard later in October 2020.”

Residents will no doubt await the news with interest, but in the meantime the last word goes to Saeed: “When we first got Gladstone Park Community Centre on Bourges Boulevard I was 15. Before that I can remember walking up and there was a commotion on the roundabout.

“I thought it was an accident and I saw a few of the elders, who had blocked the road. The council was saying they wouldn’t spend money on a site. I stayed all night and in the end Cllr Charles Swift looked at the site, and promised it would be built – and it was. When I got home I got slaps because I hadn’t gone home – but it was worth the sweat, blood and tears!

“There are many people here who want to see things happen. If you press the right buttons you can eventually hope to get the right answer.”

Parkways improvements scheme vital for jobs and growth in Peterborough

Be the first to comment on "Lincoln Road part two: The ‘missing’ £7.5m"