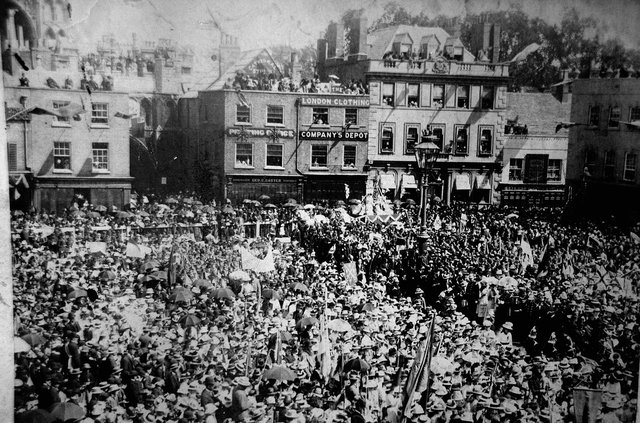 But well over a century later Queen Elizabeth has not only matched the length of her reign but has surpassed it and this year is celebrating 70 years with her platinum jubilee.

Then, as now, such occasions were a good excuse for a party and Peterborough, as today’s incredible pictures show, was more than happy to join in.

The first picture shows Narrow Street while the other two pictures show the huge crowds that gathered in Market Place, or Cathedral Square as it is now.

Queen Victoria’s only “visit” to Peterborough was when the royal train stopped briefly en-route to Scotland. Although, as the 16-year-old Princess, in 1835, Victoria made the first of several visits to Burghley House which she described as “a fine, large and handsome house.”

In 1897 when Queen Victoria celebrated her diamond jubilee neither her nor her loyal subjects thought anyone would ever reign longer. Peterborough Telegraph Lifestyle …

What: Sacrewell’s Eggstravagansa When:  From 9am until 4.30pm from April 2nd until April 18th 2022 Where: Sacrewell, Thornhaugh, Peterborough, PE8 6HJ  …