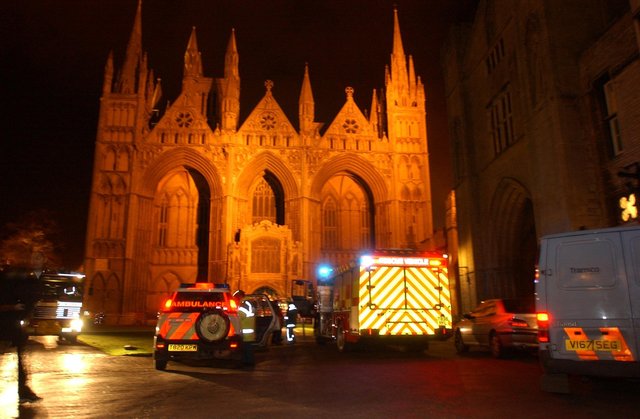 The Peterborough Cathedral fire in 2001

It has been described as a “catastrophic” fire which threatened to destroy the ancient building.

The fire broke out in a stack of plastic chairs on 22 November 2001, resulting in extensive smoke damage to stonework and windows.

The cathedral said it was “only thanks to the prompt actions of the Cambridgeshire Fire and Rescue Service” that the building was saved.

The fire at Peterborough Cathedral in 2001

The Revd Canon Dr Rowan Williams said: “It could have been catastrophic.”

“It had one of very few Medieval wooden ceilings left in Europe, and the temperature of the fire was just under what it would have taken to be a disaster”.

She added: “It nearly created a fireball and we were minutes away from that.” 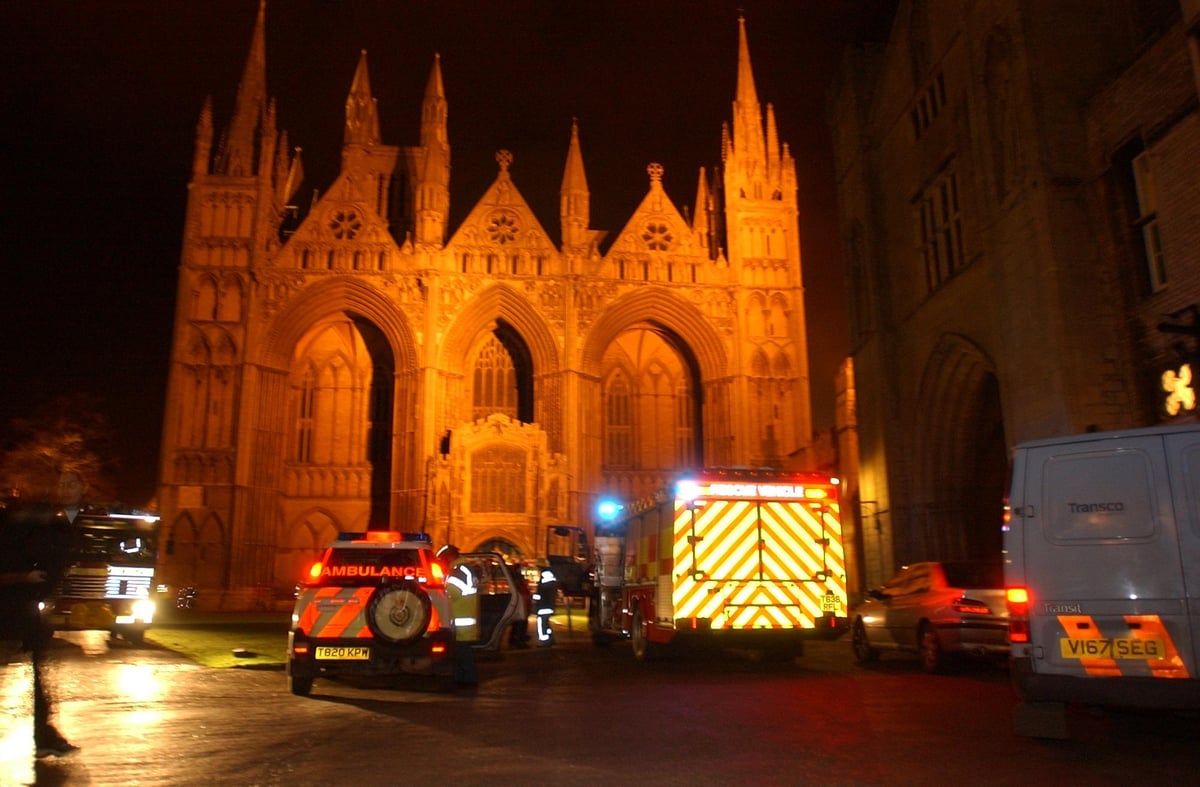 New parents are turning to beer, music and sport for baby name inspiration. …