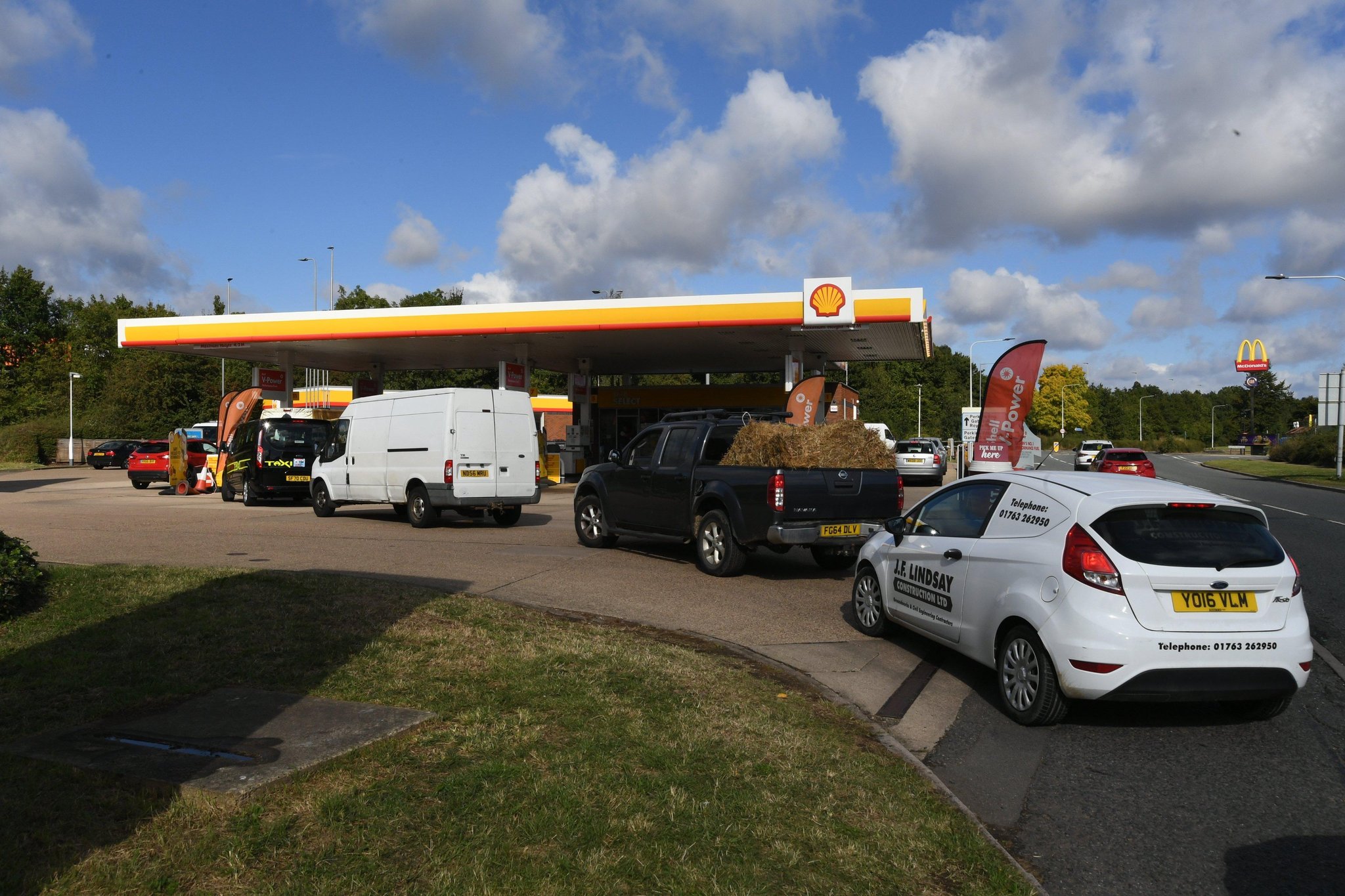 While some petrol stations in the city are now offering both unleaded and diesel fuel, others remain shut, or only able to offer a limited supply.

There were still long queues outside some petrol stations in the city today – although not to the same level as earlier in the week and over the weekend.

The longest queues seen by The Peterborough Telegraph today were outside Morrisons in Lincoln Road, while at the Esso garage on Bourges Boulevard and the Shell garage at Lincoln Road there was no fuel at all.

Diesel in the city is still in limited supply – it was unavailable at Tesco in Serpentine Green – but queues for unleaded were similar to those on a normal day before the ‘crisis’ began.

However, the queues have caused aggravation for some, and a Cambridgeshire police spokesperson said one driver was threatened this morning.

The spokesperson said they were called to the A1(M) services at Haddon at 9.25am today.

They said: “One driver reported being threatened by another man who accused him of pushing in in a queue for fuel at the BP Garage.

“However, the man then left the scene on foot and there were no further details provided as to who he was. The caller, also a man, was urged to phone 999 if the man returned to the area.”

Motorists are being urged to fill up as they would normally, with the Government bringing in the military to ensure petrol stations have petrol.