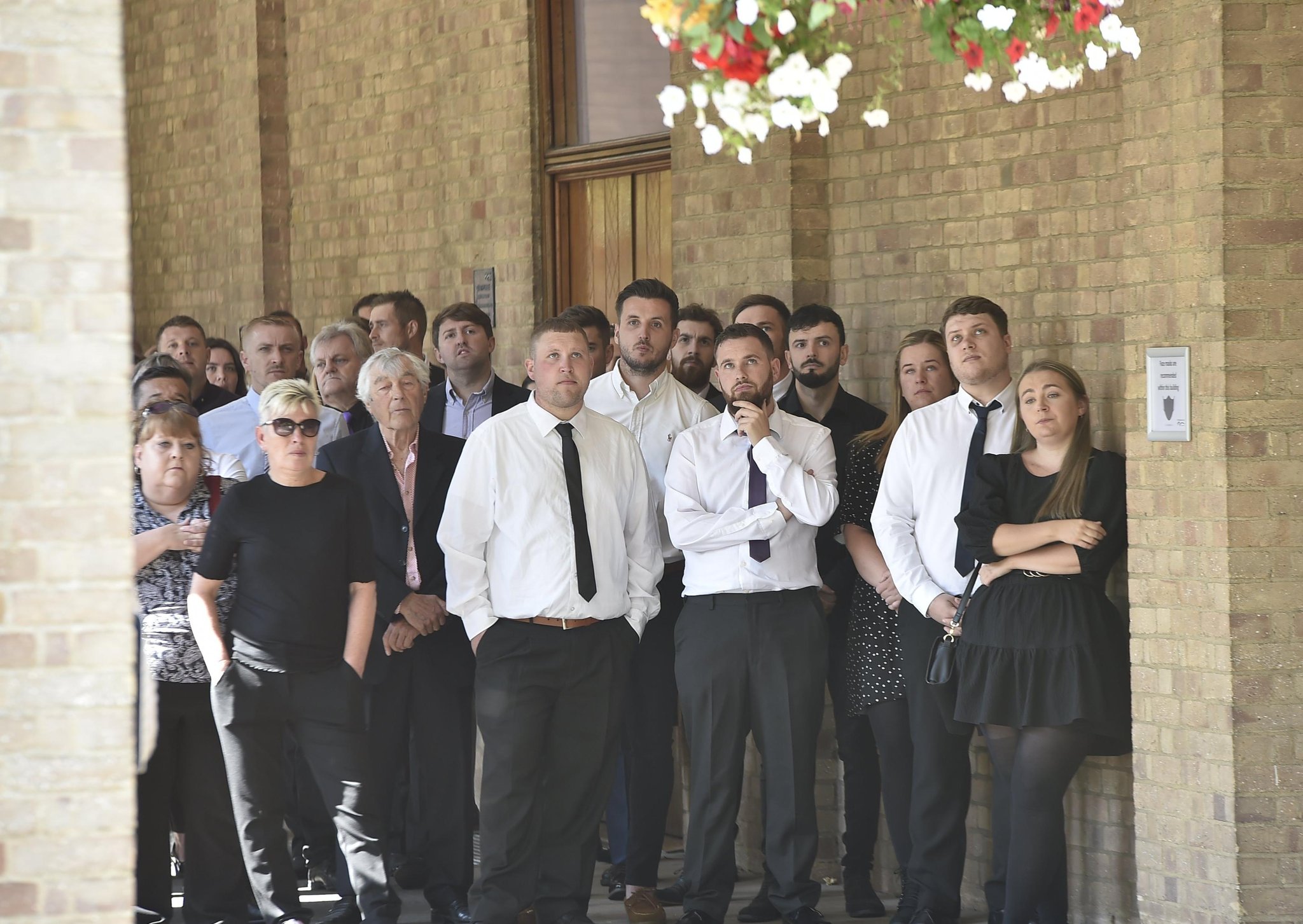 Aaron was a much loved figure in the city and was widely known through his job as Head Steward at the Parkway Sports and Social Club as well as a founding member of the Brotherhood Foundation.

The charity was set up in 2019, by a group of friends in honour of Glenn Boocock, following his passing. Their first venture was to raise funds to have a defibrillator installed outside of The Lime Tree pub in Walton; Glenn’s local and the venue of Aaron’s wake today.

Before that, scores of people attended the service at Peterborough Crematorium, with guests asked to dress traditionally but with a splash of red or purple.

The Parkway Social Club was closed on Monday (August 23) as staff paid their respects and attended Mr Parker’s funeral, in a statement on the club’s website, management said: “It is with a heavy heart that we announce our Head Steward and friend Aaron Parker has sadly passed away.

“Many of you who met Aaron through the club would know that he worked tirelessly over the years to create the community hub it is today. Whether it be forging relationships with local small businesses, putting on some top notch events or taking the time to talk to you on a personal level, he would make sure your experience at the club was second to none.

“For those who met him outside of the club would know he was a passionate, sensitive and kind hearted man that would pull out the stops to help you. Tonight we raise a glass in memory of one of our own.

“Our thoughts are with his, and Ian Fovargue’s, friends and family.”

On Friday, a large crowd also turned out to pay their respects to Aaron’s friend Ian as he was laid to rest.