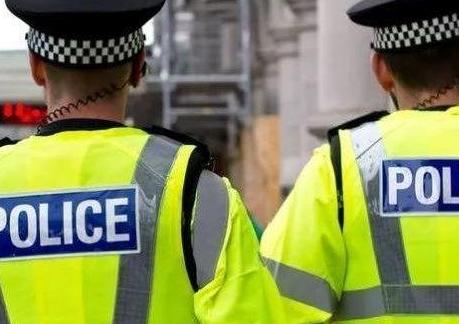 Next week will see the start of a new four-pronged approach to prevent the city from following other areas of the country with similar demographics in seeing a large spike in cases.

This includes a commitment from Cambridgeshire police of an average of four hours every day to join “very visible” patrols alongside council officers.

Adrian Chapman, service director for communities and partnerships at Peterborough City Council, said there will be a “full range of activity” which will include enforcement.

Moreover, the city council will “fill in the gaps” for people who are told to self-isolate but are not eligible for a £500 grant from the Government to cover lost earnings.

Mr Chapman added: “We want there to be no excuse for anyone in the city not to self-isolate.

“We will see a sea-change next week. Things will ramp up in a good way for our city. Please stay with us and continue this fight, and between us we will get there.”

A new testing centre is also expected to open in the Gladstone area in the middle of next month.

The announcements were made during a virtual ‘Summit for Peterborough’ which was held this afternoon (Friday) to discuss “how we can unite and work together to continue to control the spread of coronavirus, to keep our communities safe and our businesses open”.

The summit was attended by local leaders from a range of organisations, including both of the city’s MPs – Paul Bristow and Shailesh Vara.

Peterborough came off the Government’s coronavirus watchlist last week, but this was largely due to other places seeking a spike in cases and a lack of local testing because of national issues.

The city’s director of public health Dr Liz Robin has warned that there should be no complacency.

Speaking during today’s meeting, council leader Cllr John Holdich, who thanked health workers and communities for their efforts, said: “Peterborough is now at a crucial point in controlling the virus. We’ve moved from being an area sixth highest for infection rates in the country under the Cabinet Office spotlight, who came to see how we were looking.

“Thanks to the efforts of you all, the rate has fallen and we are no longer on the Government’s watchlist. But we’re not complacent about this.

“It’s vital we don’t throw that away and what we’ve achieved so far. We don’t want to see the rises and tighter restrictions, and we certainly don’t want to see any more people getting ill or dying in the city.

“We can see the increase in the virus infections nationally and in other cities similar to our own, but we know that many local residents are growing tired because of the length of the time virus has been with us, so we need to communicate with communities to keep up the pressure.”

Mr Chapman said next week will see a “significant change,” initially in central parts of the city.

A formal operation with focus on four themes of activity:

. Business engagement – to make sure they are following the rules after “loads of comments” were raised about a lack of compliance

, A continued effort on changing public behaviour to make sure people abide by the latest rules

. A targeted communications campaign to make sure all communities understand the latest guidance

. Ensuring anyone who needs a test can get one as locally as possible so there are “absolutely no excuses” for people not to self-isolate if they are required to.

The “high profile” police and council patrols wearing high-viz jackets will spend more time tackling parking and housing enforcement, with Mr Chapman saying: “If people park badly and in a condensed space it leads to crowds of people gathering and it leads to a general sense of unrest and disorganisation.”

The patrols, he added, will give people a sense of “reassurance,” will provide advice to the public and will “look out for any breaking of the rules so we can ensure there is enforcement that follows”.

There will be days of action, including from trading standards and licensing teams, as well as work with transport providers to make sure they know the rules.

Mr Chapman said he is “hopeful there will be a dedicated test centre in central Peterborough in the not too distant near future,” which Dr Robin said would be in Gladstone in mid-October.

A hotline with translators has also been set up to make sure people who do not speak English as a first language, or do not have good reading and writing or good digital skills, will be able to book a test.

Dr Robin added: “We are at a critical point in terms of our fight against the virus. We have seen many areas that are very similar to Peterborough have a very rapid and sudden increase in cases.

“We’re in a position where it could escalate here like in other places.

“Many of us at the council have been saying that we’ve been doing this for a long time. We know that some of our staff are starting to feel quite tired. We’re hearing that back from the community as well.

“We need to make sure keep our energy and keep out commitment to keeping our population safe and healthy. By doing that and by keeping our rates down we also keep our economy open.”