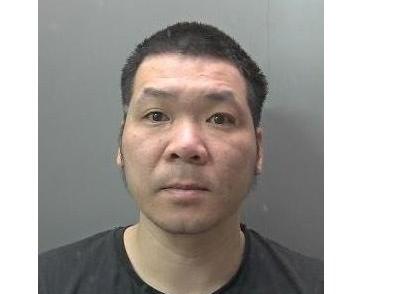 Concerned neighbours called police at about 10.30pm on 23 May to report noises coming from an unoccupied house in Brynmore, Bretton.

Officers arrived and began to search the house, finding the back door unlocked.

Inside stood Luong Nguyen, 35, who appeared nervous as officers began to question why he was in the supposedly empty home.

As the house was searched, officers found a substantial cannabis factory inside, with plants in almost every room.

A total of 253 plants, worth up to £212,000, were found spread across five rooms, with a sixth room containing equipment, ready to grow more.

Nguyen, of Brynmore, Bretton, Peterborough, admitted charges of producing cannabis and using electricity without authority. He was sentenced to a year in prison yesterday (8 July) at Peterborough Crown Court.

Det Sgt Liam Sweeney said: “I’d like to commend the quick-thinking actions of the members of the public who reported this incident to the police.

“To get such a large quantity of drugs off the streets of Cambridgeshire is a fantastic result.

“We use a wide array of complex tactics to target dealers, however sometimes, we’re just in the right place at the right time.”

Information about drug production or dealing can be reported via www.cambs.police.uk/report or by calling 101.