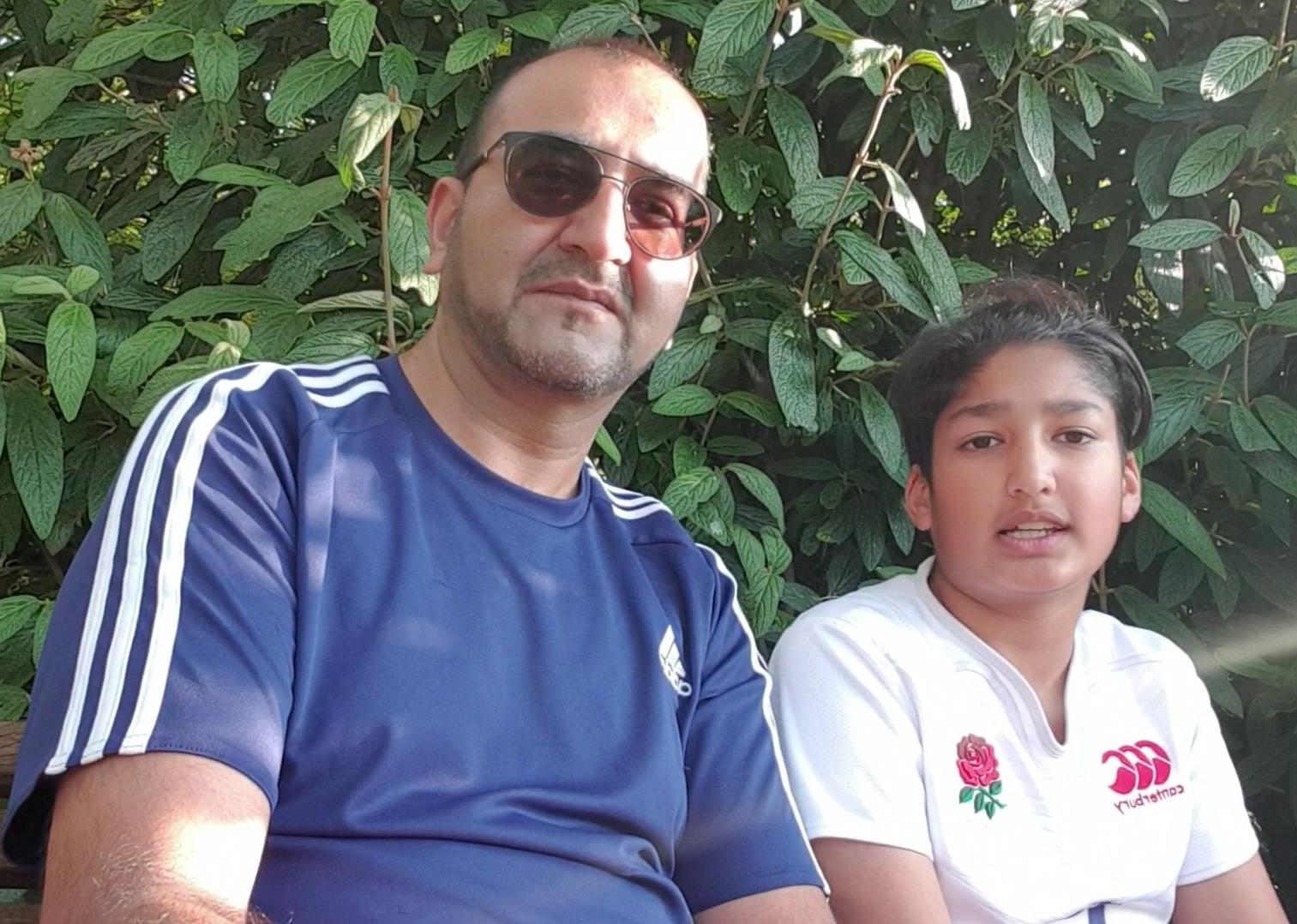 Asif Rahemtulla with his son Ali.

The programme is the third instalment in Channel 4’s How to Beat… series and will chronicle the journey of eight people from across the UK as they test out a range of alternative therapies for their chronic pain conditions.

Tonight’s documentary will feature Asif, who lives with his 13-year-old son Ali in Yaxley, as he looks for a relief from the pain caused by Fibromyalgia.

The cause of the condition is unknown but can be linked to trauma causing abnormal levels of some chemicals in the brain.

The result is that the brain starts to attack the body and can leave the sufferer with extreme tiredness, muscle stiffness and an increased sensitivity to pain.

Asif said: “We’re not sure what caused it but I have a brain tumour and have had major surgeries and have been through the loss of a child at birth.

The cameras followed Asif over the course of eight weeks last Autumn as he undertook the programme run by the University of Nottingham which was overseen by medical professionals.

Different groups in the study were given a different therapy to try, with their effectiveness judged by the results of the participants’ pain score as well as their own personal feelings.

Asif added: “Alternative therapy isn’t something I’ve really tried before and is part of the reason I was interested in applying to the show. Anything that helps is worth a try and I can’t take a lot of painkillers because of my epilepsy.

Anyone interested in Asif’s progress can tune in at 8pm tonight to find out how he got on.

The documentary is produced by Love Productions, the producers of The Great British Bake Off and Sewing Bee, but they have also created hard-hitting documentaries such as Young, British and Depressed and Britain’s Toxic Air Scandal.