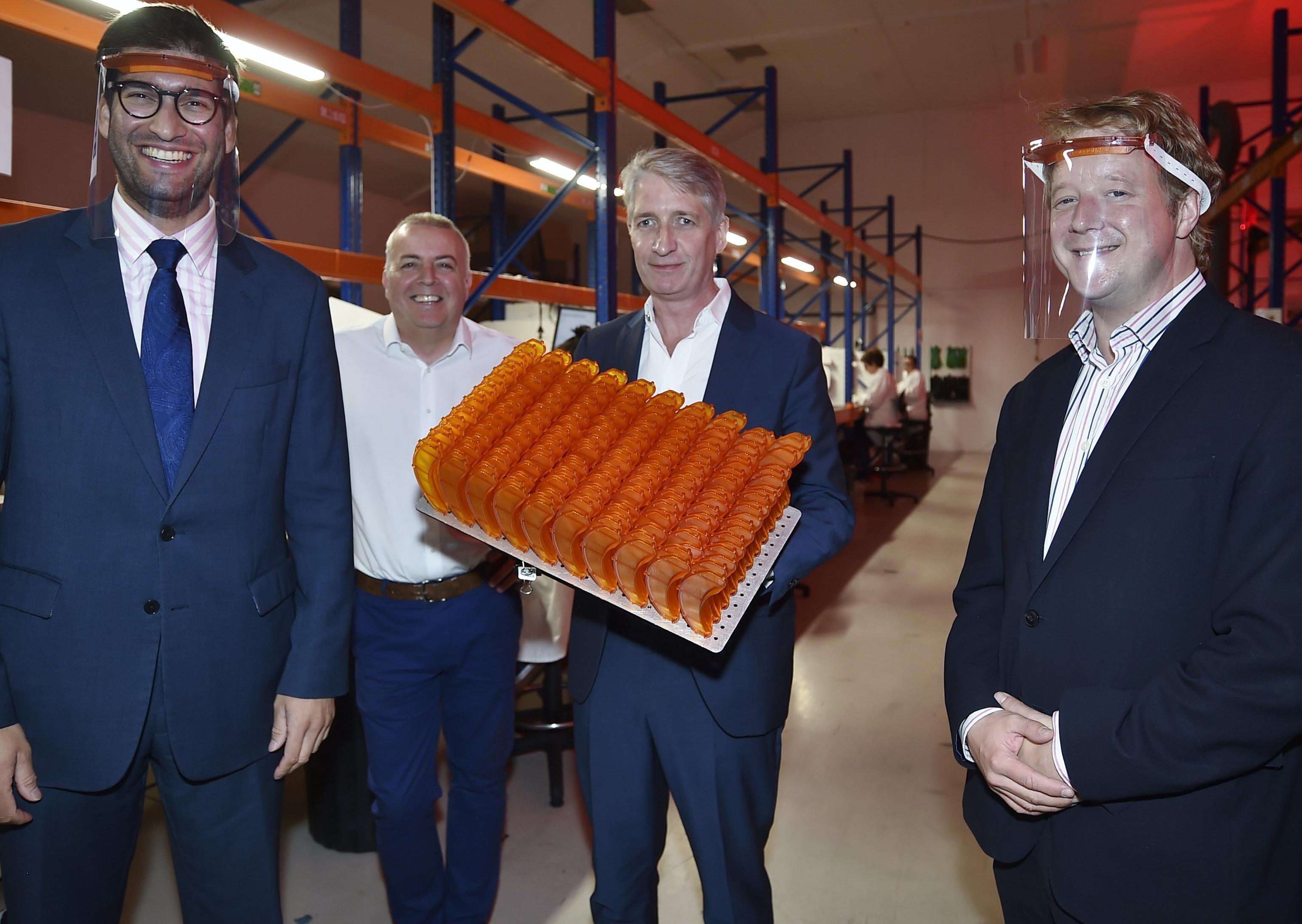 Paul Bristow and Ranjl Jayawardena, Minister for international trade visiting Photocentric at Peterborough trying out the Covid masks made by the company. Also pictured Paul Holt (MD) and Paul McGurk (in charge of manufacturing) EMN-200917-145346009

3D printing specialist Photocentric, based in Oxney Road, revealed the initiative during a visit to the triple Queen’s Award winning company by the government international trade minister Ranil Jayawardena MP.

He was told that Photocentric has committed to invest in battery research over the next two years and is hoping to secure extra funding for the project from the Cambridgeshire and Peterborough Combined Authority.

“We have been awarded three different grants to verify the application of our technology in the manufacture of 3D printed batteries and we are working with key industry partners to make this a reality.

He added: “Our Government has identified the development of future generations of battery technology as of strategic importance to the UK’s manufacturing sector and critical to sustaining our valuable domestic automotive industry.”

Mr Jayawardena’s visit came as the Government looks to boost the UK’s exports after its departure from the EU.

Photocentric has exported to more than 100 countries and typically exports two thirds of its sales with the USA its largest single market.

Mr Holt said: “Our exports have grown every year since we started, they are critical to our growth.

He added: “The position of trade after Brexit is an issue for all exporters.

“We want to increase our export sales and to do that we need open access, which means simple administration if tariffs are applied or preferably the signing of unilateral trade deals as quickly as possible.

“Photocentric also sought advice on the most advantageous location to site a new 3D printing research centre in the USA in terms of both State and Federal support.”