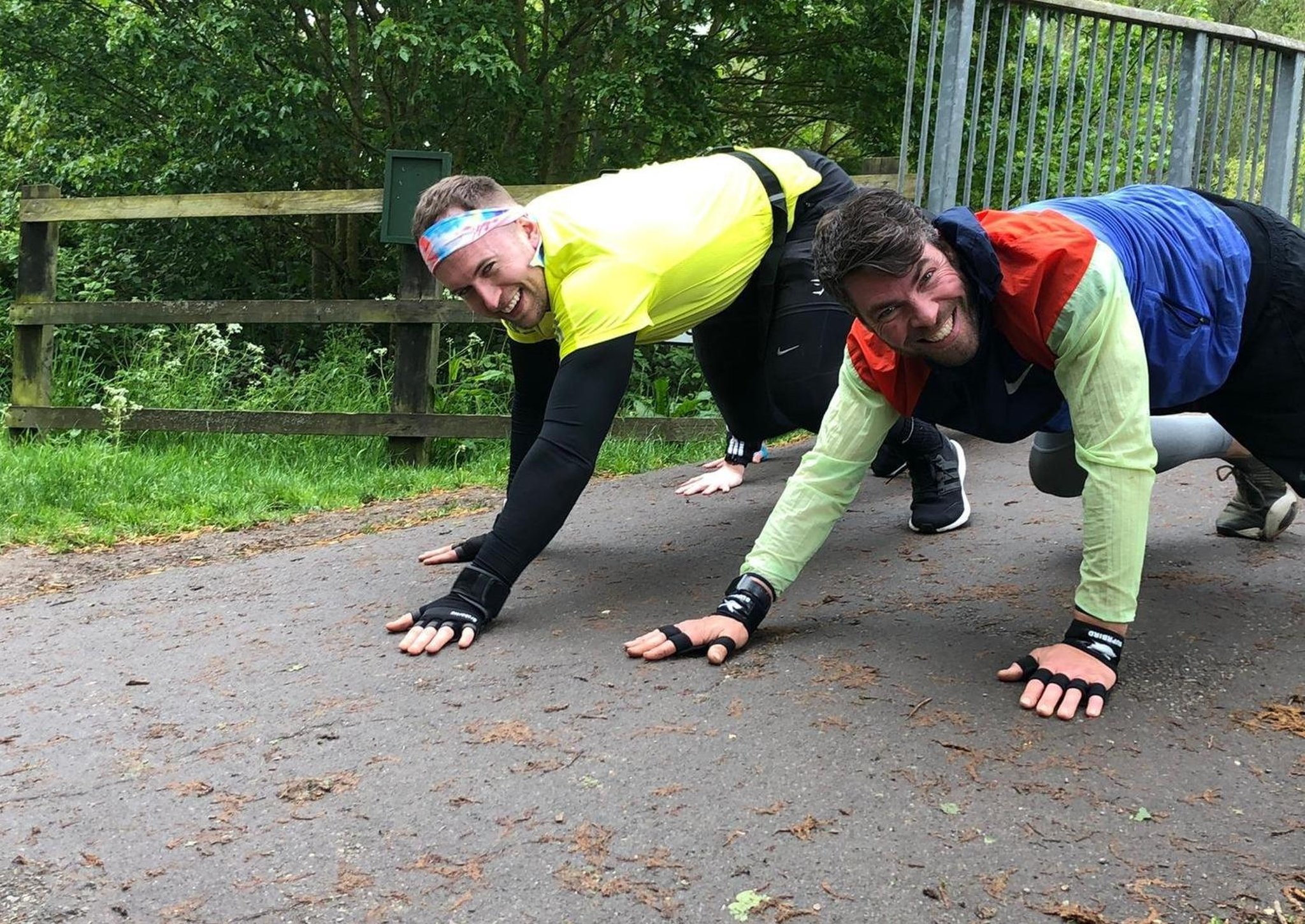 Liam Richardson (27) bear crawled on his hands and knees for 24 hours between 1pm Saturday and Sunday (May 22-23) and in the process has raised over £6000 for Cambridgeshire, Peterborough and South Lincolnshire Mind.

After training for the last eight months, Liam set off on his gruelling challenge from the gym he started last year, The Workout Hub in Orton Southgate.

There he was cheered on by a large group of supporters, which included friends, family and clients. Some even joined in the bear crawl and throughout the 24 hours supporters tagged in and out to help Liam keep going along the way.

The challenge consisted of him bear crawling between 100-200 yards before stopping and taking no longer than a 60 second break throughout the whole 24 hours.

The route took him from Orton Southgate to Ferry Meadows, after two laps of the site, he then headed down Oundle Road and into the city centre. Having arrived there well ahead of schedule, he then completed 10 laps of the centre before finishing in Cathedral square in front of an even bigger crowd this time at 1pm.

Emotions were running high when the enormity of what he had achieved began to sink in and he shared a celebratory hug with his girlfriend Paige, who, along with his friend Richard, were by his side the whole time.

His efforts will see him become a Guinness World Record holder for the longest time spent bear crawling, once all the footage has been received and ratified by Guinness.

Liam was inspired to raise money for Mind to show people the power of resilience and that if you are willing to put in the work towards a goal, then anything is possible.

He said: “That was the hardest thing that I have ever done. There was two or three hours around 2am where I was in hell and I nearly gave up.

“I couldn’t open my hand properly anymore and had to get it strapped up and change my technique. It was all about mental strength at that point and it was the people that were with me along the way that helped me find that resilience.

“I was overwhelmed by the support, I have never seen a community come together and show support like that. Each person that was with me, drove me to carry on. It’s a really good feeling right now.

“The bigger picture though is that we raised so much awareness and hopefully inspired others. It goes to show what you can achieve even if you are in the worst kind of physical or headspace.

“I just want to spread positivity and show people that there’s no need to get stuck in a rut. You can do anything if you put the work in, the will is always stronger than the skill and there is light at the end of the tunnel.”

Liam waved off by supporters outside The Workout Hub.

Liam joined by supporters on his bear crawl.

Liam joined by supporters on his bear crawl.

Liam takes on fuel during his overnight stint.