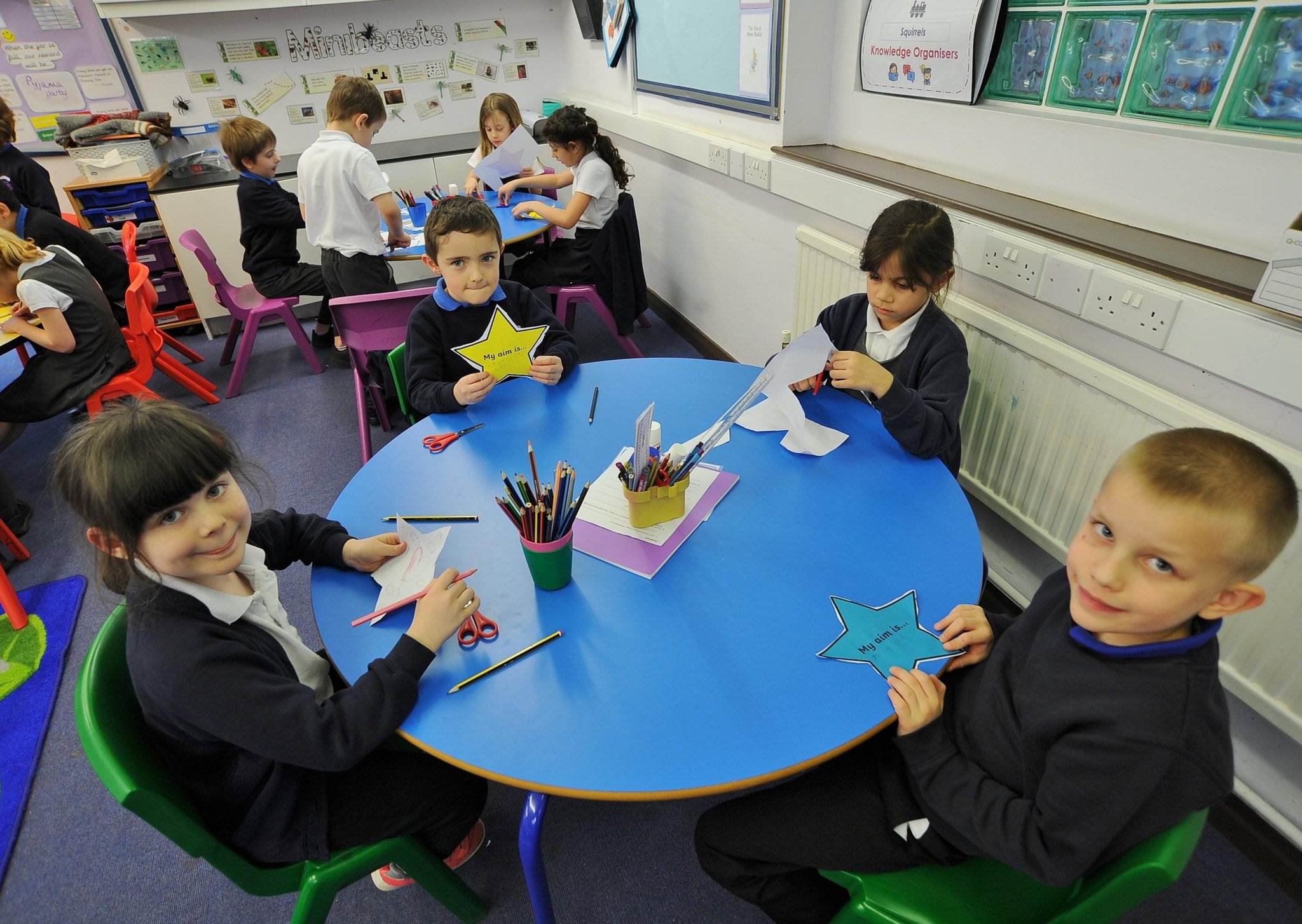 Orton Wistow Primary School was one of the many schools in the city that reopened its doors to all pupils on Monday (March 8) as the first easing of the latest lockdown restrictions took place.

Teachers and pupils alike have expressed their excitement at this but with so many children having spent months out of the classroom, schools face a significant challenge to reintegrate pupils.

Orton Wistow, however, are challenging the national discourse around ‘lost learning’ and ‘catching up’ and are instead giving children the opportunity to reflect and process their experience in lockdown as well as foster a positive resilient outlook.

Headteacher Simon Eardley said: “We welcomed the children back with open arms. Although we couldn’t give them a physical hug, they know that we have missed them and that we are glad we are all back together.

“We won’t fill their heads with talk of being behind, catching up, lost learning and the perceived long-term impact of lockdown; they don’t need that and neither do we.

“What we will do is to remind them that the PRIDE Code is still alive and kicking and that we will be Polite, show Respect, be Independent, Do our best and, most importantly, that Everybody matters.

“The mood inside the school is really optimistic and positive. We’ve found the children really excited to come back and see their friends again and re-engage.

“I think during this third lockdown, there has been so much involvement with remote learning that pupils haven’t felt so disconnected. Over the last fortnight, we have been working really hard to strike the balance between academic re-engagement and mental health.

“We have made sure this week that we have picked up work started at home and we have put on individual catch-up sessions, alongside sessions just for the children who have been learning from home to help them reconnect with school.

“I have told parents that their child’s happiness is the most important thing and as part of this we feel it is very important to give the children a chance to talk about their worries. If you are not happy in yourself then you are not going to perform as well as you can and that goes for everybody.”

The school has created Calm Boxes for children to access when they are feeling unable to cope as well as a safe space called The Nest. All teachers and TAs have also been provided mental health and wellbeing training.

This is part of the school’s Connected Communities Project and will supplement activities on the curriculum such as mindfulness, crafts, meditation and exercise to promote positive wellbeing.

Tailored PSHE lessons have been designed, with the youngest pupils focusing on happy healthy feelings, with the help of the new ‘Worryosaurus’ and reading role plays.

Meanwhile, for the older children, who now know which secondary school they will be moving up to in September, the focus is on transition and managing change, alongside, once again spending social time with peers.

Mr Eardley added: “The driving force of the media approach has been to focus on the attainment gap but there is no way we well know what the children have and haven’t learnt because they’ve all had different experiences.

“We didn’t test them in December and we won’t test them again now. The teachers are instead making it their job to find out where the children are now and from there plan a route to get them where they need to be.

“The difference this time is that we are doing this against a backdrop of personal worries and the challenge for us is to make time to be open and listen. Covid may likely affect the home situation of a number of our pupils and they need the time to talk about that and process it.”

To further help with settling back in, all routines from before lockdown have remained the same, with class bubbles and extended bubbles between year groups in place along with rigorous cleaning regimes and hand sanitising routines.

Staggered break times remain in place and lunch has been extended over a two hour period to avoid bubble mixing. This has also meant staff, who will be wearing masks in corridors and communal spaces, will not be mixing in the staff room. They will also be taking lateral flow tests twice a week on a Tuesday and Saturday.

Mr Eardley said: “We have deliberately kept all of the routines from before Christmas exactly the same as we felt they worked really well and the children liked them.

“The cleaning measures have become just part of being inside a school now and the lateral flow tests give us that extra peace of mind.

“We have clear plans in place to isolate the relevant groups if a positive test is confirmed but the absolute last thing we want to be doing is turning round to parents after all this time away and saying we are closing one of the bubbles.”