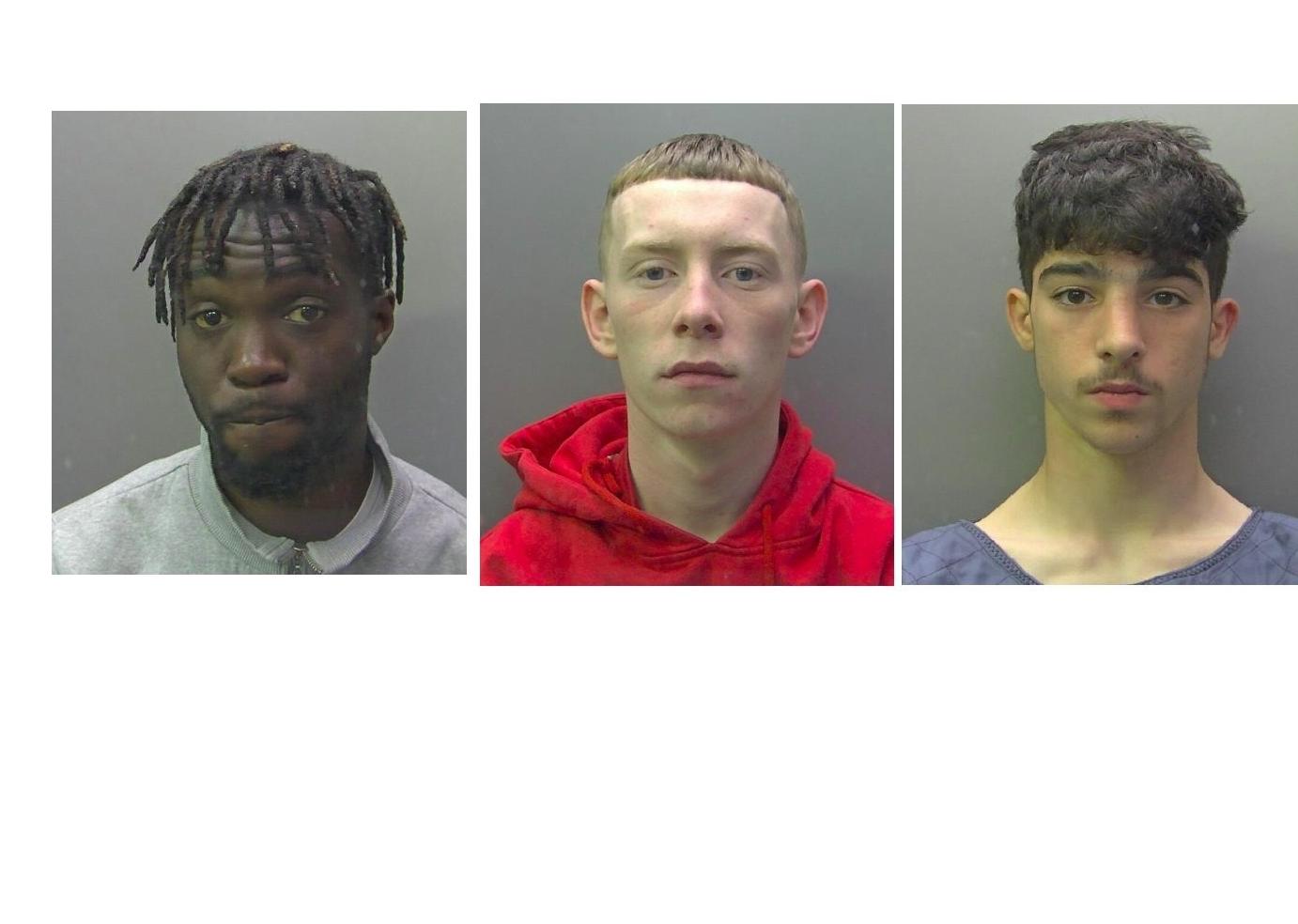 The brutal attack happened in Bretton near Kirkmeadow in April last year.

The victim suffered severe injuries to his arm in the assault, with one of the attackers aged just 16 at the time.

Today Umberto Femminile (23), Jordan Roberts (19) and Ulili Ramalho (18) were sentenced at Peterborough Crown our for the horror attack. They had all pleaded not guilty but were found guilty of grievous bodily harm with intent at trial.

Roberts also admitted two counts of GBH without intent relating to an incident the previous year where two men suffered knife wounds following an argument at a house, where Roberts armed himself with a machete.

Roberts was given a nine year sentence for the sword attack, and a further two years for each of the counts involving a machete.

Ramalho, of Horton Walk, Westwood was given a seven year sentence, while Femminile, of Smallwood, Ravensthorpe was given a three and a half year sentence, with Judge Sean Enright telling the law said he had to give a significant discount because of his age.

Daniel Wright, prosecuting, told the court the victim in the first incident had been cycling when the attack happened on April 24 2019.

He said: “It was about 6pm and the victim was coming through Bretton Park, when he saw a group of males. He rode on but he heard running for him to stop.

“He stopped, and he was surrounded by the men. One man pulled a samurai sword out of his trousers, and brought it down on his arm.

“The victim said he believed it had been aiming for his head.

“His jacket burst open and blood began to spurt out of his arm.

“Another man threatened him with a ‘Rambo style knife’ but it did not hit him. The knife was then used to slash his tyres.”

Witnesses heard some members of the group shouting ‘let’s finish him.’

The victim ran, and was eventually taken to Addenbrooke’s Hospital for treatment.

The court heard it was unclear who in the gang had wielded the sword, but many had knives.

In a statement the victim said the attack had seriously affected his life, as he was unable to use his left arm, and had felt scared taking his young son to the park.

He had suffered a 10cm slash to his arm, leaving muscles and tendons visible.

The other track Roberts was sentenced for happened on December 28 2018.

Two men had been at a property talking to Roberts’ mother when he burst in with a knife. One man suffered a slash wound to the head, while the second man suffered a life threatening wound to his back as he attempted to restrain Roberts. The court was told it was not clear if the injury had been deliberately inflicted or happened as the victim fell to the floor.

The court heard Roberts had a number of convictions, including several for violence.

Barnaby Shaw, defending for Roberts, of Greenham, Bretton, said while in custody awaiting sentence had resolved not to return to prison after this sentence.

Caroline Baker defending Ramalho, said he had no history of violence, and had taken every available opportunity to improve his education while in custody awaiting sentence. He was also helping vulnerable inmates in prison.

Laura Stephenson, defending Femminile, said the law specified that he should be sentenced as a youth, as he was only 17 when he was convicted of the offence. He was just 16 at the time of the attack. She said he had stick to curfew while waiting for sentence, and had carried out work experience and paid work.