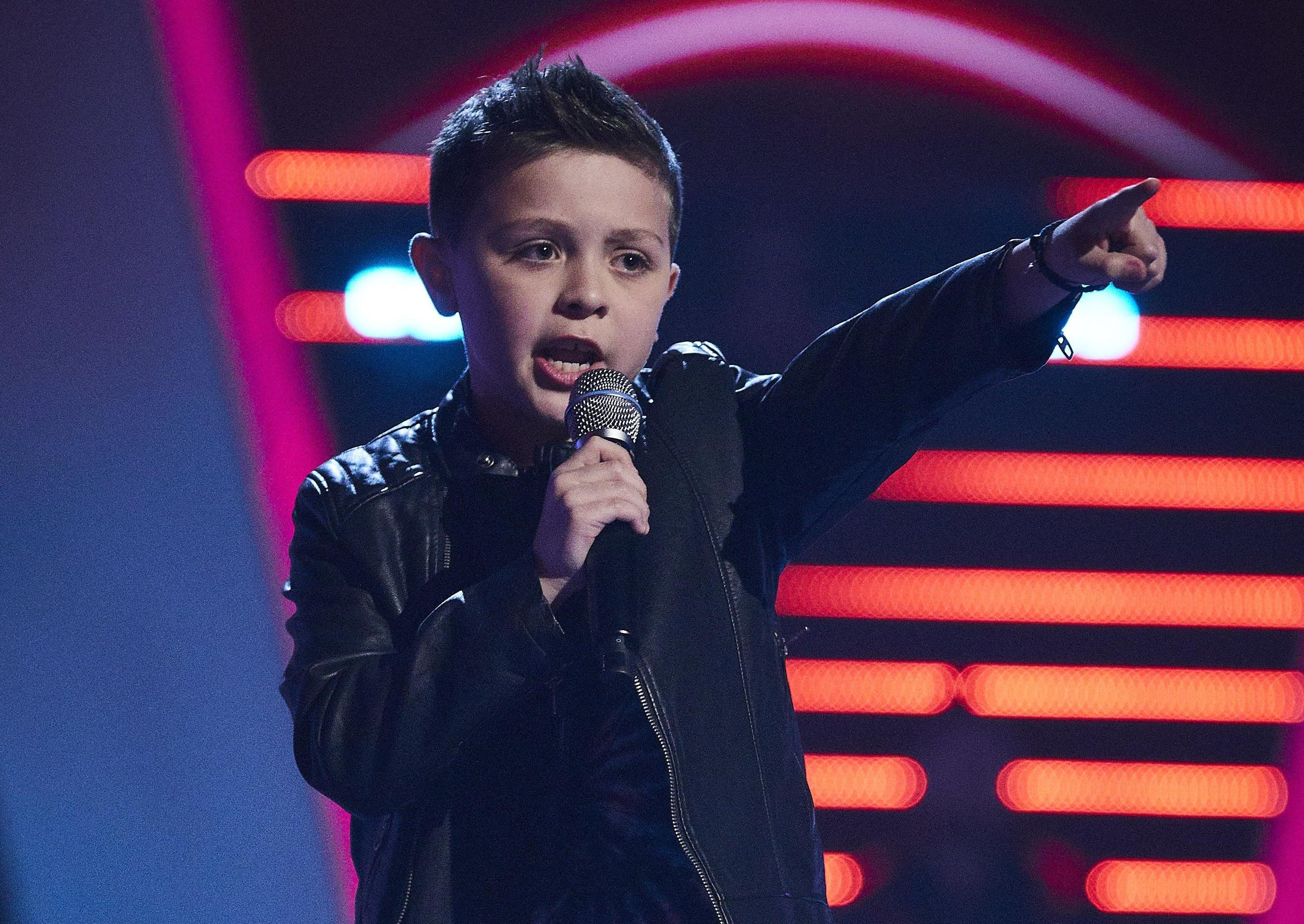 George, aged 11, was chosen by judge Danny Jones (of the band McFly) to go through to Saturday’s final where the public will vote for the overall winner of the popular TV competition.

After wowing judge Danny, talented George, said making it through to the final was: ‘all he ever could have wished for’.

Performing Queen’s Radio Ga Ga, longtime Queen fan George was in his element in Saturday evening’s semi-final. When they found out that was his chosen song, his family, from Walton, were delighted as it’s one of their favourites.

George said: “It’s easier in the shorter version because I’ve sung it a few times before and listened to it loads more. It’s definitely easier than the longer version as I can forget the high notes!”

Steadying his nerves before his semi-final performance, George struggled to hold back the tears, leaving him in make-up three times before he went in front of the cameras, but he was able to ‘smash it’ when he was up there!

George said: “ I loved it, I loved the song. When I’m up on stage, then I’m ready. It’s what I’ve been taught to do from my own brain.

“Why not copy Freddie Mercury? I copied him on the clapping on my thigh and put my arm up to the beat. I couldn’t tap the mic though.”

The moment when judge Danny put George through to the final. Picture: (C) ITV Plc.

Overwhelmed and surprised, George described the moment he was put through to the final as a ‘blur’. Calling it ‘the hardest decision he ever had to make’ judge

Danny was moved to tears as he chose George as his finalist against other competitors, Blair Gilmore and Gracie O’Brien.

George said: “I can’t even remember it!

“The only way for me to remember it is to watch it back and realise what happened. As soon as I got through I wanted to make a Whatsapp group chat for all of us to keep in touch.

“I’ve named it Team Danny and I hope when we can, we can go and see them and organise something.”

Having never thought he would even get picked at a blind audition, George who has never had singing lessons or sung on a stage before the show, is astounded to be in the final.

He added: “All the finalists are really kind and really good! We will stay friends whatever the result on the day is. I would like to win but it is a difficult competition as they are all so talented in their own ways.

“We watched the semi-final performances of them and I thought: ‘well this is going to be difficult!’ I will be grateful whoever wins, I am the winner of Team Danny! Only 24 people have ever got to do this, I’ve been so lucky!”

George will be performing one solo performance and a song with Danny in the final screened on Saturday evening. A bundle of energy in rehearsals, George had to make himself calm down as he sang with Danny, with mum Jodie (41) noting he had: ‘even more energy than he does at home, which was saying something!’

Jodie and dad Karl, also 41, have been so proud of George’s progress through the show.

She said; “As soon as he got through to the semi-final we thought it doesn’t matter now. It has gone over and above what we thought it would be. We’re so proud of George, especially for a kid with no experience and the other three finalists are the most amazing kids. They are all winners, despite whoever’s name gets called out but no-one is really worried about that!”

A special surprise for George was meeting and getting to sing with all of McFly. Keeping it a surprise was hard as mum Jodie only told George he was going to a usual rehearsal.

George said: “I walked in the room and I saw McFly and I thought am I really seeing McFly or am I hallucinating? I was speechless, I didn’t know what to say. We ended up singing ‘Five Colours in Her Hair’ together and then we were all just messing around.

“It’s been the best feeling. I’m going to go and see them next year in Newmarket now as well.”

Unlike other series, the final has been pre-recorded with a virtual audience so it has meant George and the family are able to watch his final performance all together.

Now the family will be watching it together on a large screen at the Post Office Club, which George’s uncle Mick runs.

George will be going to Queen Katherine Academy in Walton next week.

To watch George’s performance, the final of The Voice Kids airs on Saturday August 30 at 7:20pm.