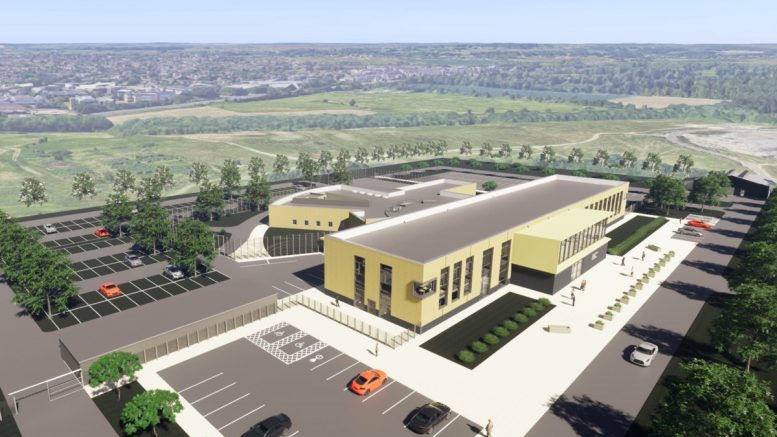 The application has been submitted to Greater Cambridge Shared Planning following extensive consultations with members of the public and stakeholders.

The current facilities at Parkside Police Station in Cambridge do not allow the Constabulary to fully respond to today’s needs with no room to expand and too few cells.

In February the Constabulary consulted on the principle of proposals to enhance the service for the south of Cambridgeshire by replacing the outdated facilities at Parkside with both a new city centre police station and a police hub.

Then in July, the Constabulary, alongside the Office for the Police and Crime Commissioner, held another month-long consultation on proposals to build the police hub on the outskirts of Milton.

A newsletter was distributed to approximately 8,500 household, businesses and stakeholders in the area, more than 2,000 people visited the dedicated project website to view the proposals and 120 people filled in the feedback forms.

The majority of those providing the feedback (70%) agreed that the hub is a good use of the Milton site.

The Constabulary considered 22 sites, most recently in June 2020, and after assessing a number of criteria including availability, ecology issues, access and infrastructure, a site next to the Park & Ride facility in Milton was considered the best option.

Area Commander for the south of Cambridgeshire, Superintendent James Sutherland said: “We’re delighted to announce that after a considerable planning and consultation process, we have now submitted a planning application to build a new police hub.

“We are extremely excited about the new building and the opportunities it will provide us, including adequate cell provision, which will inevitably reduce travel and time costs allowing our officers to spend more time on patrol.

“We are grateful to everyone who has supported us with this project this far and now invite people to view the application online.”

The Constabulary understands there is significant demand for there to be a police station and enquiry office in Cambridge city centre, to act as a base for the city centre policing team, and are committed to providing that. Options are currently being explored, including sharing facilities with other public sector partners. Further details will be provided in due course.

For further information about the application and to view it online, visit https://applications.greatercambridgeplanning.org REF: 20/04010/FUL

Poll Results: What impact does social media have on mental health?