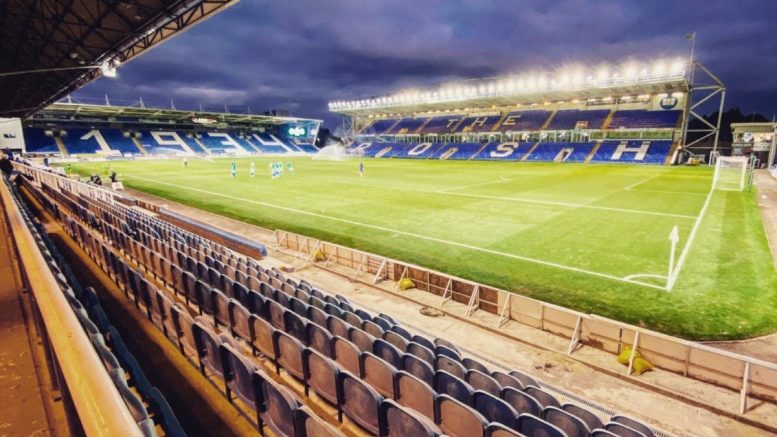 An entertaining game against Burton Albion finished 3-3 after 90 minutes, which earned the Posh a point, but the resulting 5-4 penalty shootout victory saw the club gain a further point to get their cup competition off to a flying start.

Goals from Flynn Clarke and Louis Reed gave the home side the lead in the first half, before Steven Lawless pulled a goal back on the stroke of half-time. The visitors started the second-half the stronger and they took the lead thanks to a Joe Powell double in the space of two minutes just before the hour mark to make it 3-2.

Niall Mason headed home a third for Posh to bring the sides level again and to force the game into penalties.

With each of the first nine spot kicks scored, it was down to Posh’s debutant ‘keeper Dan Gyollai to secure the bonus point, with a save from Ciaran Gilligan’s effort.

Darren Ferguson handed 17-year-old Clarke his first competitive debut in tonight’s EFL Trophy tie and the teenager certainly didn’t disappoint, scoring in the opening two minutes. His first-time volley managed to scramble its way across the line, and whilst many would be critical of the goalkeeper mistake, his courage to take the shot first-time and test the keeper needs to be applauded. Darragh MacAnthony spoke highly of Clarke over the summer after impressing in pre-season, but the arrival of Sam Szmodics could see the youngster sent out on-loan and continue his development in senior football.

Promising Signs in his competitive debut

Peterborough United’s big summer signing Jonson Clarke-Harris was given his first 45 minutes of competitive football in Posh colours before a pre-planned substitute at half-time. Whilst his fitness still isn’t up to speed, Clarke-Harris was willing to close down every opportunity and provided an outlet for runners, including Serhat Tasdemir who thrived off the striker’s hold-up play in the first half. The 27-year-old will need to time to adjust in his new surroundings, but showed promising signs in his competitive debut.

If Saturday’s game failed to satisfy your appetite, then tonight’s six-goal thriller and penalty shootout would have made up for it. Whilst we saw the experienced Mo Eisa, Ethan Hamilton and Louis Reed scoring their penalties, youngster Harrison Burrows calmly slotted his penalty away before Flynn Clarke eventually won Posh the shootout. Although Ferguson will be most pleased with the victory, the composure and confidence of the youngsters bodes well for upcoming season.

The game on the pitch may have been entertaining enough, it is possible the biggest story of the day perhaps came at midday as Peterborough United announced the return of fan favourite Szmodics on a four-year deal from Bristol City. Szmodics spent second half of last season on loan, scoring four goals and contributing four assists, before the season was suspended in March. His arrival will give Ferguson, and supporters, an enormous boost, especially after beating promotion rivals Portsmouth and Sunderland to his signature.

Eight of the players included in the matchday squad were part of a group of youngsters who were handpicked to arrive back into training a couple weeks before first teamers – and that plan seems to have worked, as those on show looked sharp. After the Carabao Cup disappointment, it was also an opportunity for fringe players to make their mark and the likes of Ethan Hamilton and Flynn Clarke could now provide a welcome headache for Ferguson’s future squad selections.