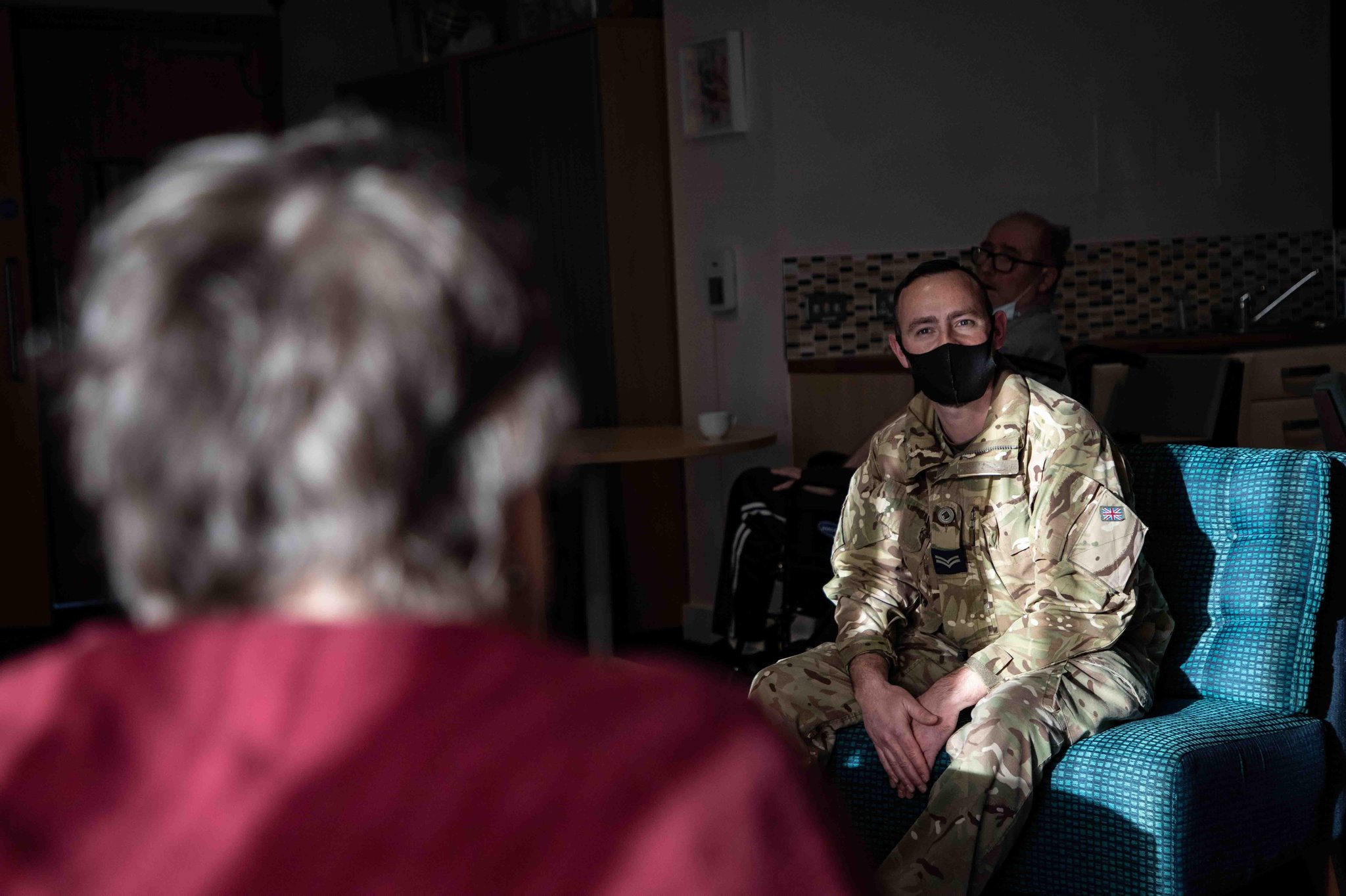 Catering Flight at RAF Wittering and the RAF Benevolent Fund teamed up to make the deliveries happen.

Previously, local senior citizens have been invited to the Officers’ Mess at the base for Christmas dinner but that has not been possible recently because of the pandemic.

Flying Officer Turner was determined not to do nothing though and asked for assistance from the RAF Benevolent Fund. The Fund was happy to help with the project and provided money for two Christmas hampers, to be delivered to two care homes in Peterborough and Stamford.

Commercial partner Eurest Support Services made some donations to the hampers, and the highly skilled RAF Chefs of Wittering’s Catering Flight produced a traditional Scottish treat in the form of Tablet. Made from sugar, condensed milk and butter Tablet’s closest relative is fudge, but it has a delicious texture and flavour all its own.

Flying Officer Caroline Turner, who is the Contract Support Officer at the Cambridgeshire Station, said: “In previous years we have held a special Christmas dinner in the Officers’ Mess for our local senior citizens, but it’s not been possible with the coronavirus pandemic.

“We wanted the hampers to be more than just a purchase that we would deliver, it’s important that RAF Wittering made it just a bit more special so we put our own work into it. I’m from Scotland and I don’t know anybody who doesn’t enjoy a piece of Tablet, it’s absolutely lovely.”

One of the two homes to receive to receive a hamper was Kingfisher Court, in Stanground, which has a high proportion of service veterans as residents and operates a high-quality extra care system. Managers from the home allowed a limited visit within safety guidelines so the team from RAF Wittering could hand over their Christmas hampers in person.

In addition to the foods and gifts, the hampers contained a handcrafted version of the TV classic ‘Play Your Cards Right’ made by Catering Flight themselves, a DVD of the RAF Regiment Band playing Christmas songs and Christmas cards written by RAF personnel from across the whole station.

Gerardine Church, Extra Care Manager at Kingfisher Court, said: “It’s a massive thank you, they really appreciate the gifts and long after the gifts have been used up, we will still have the Play Your Cards Right board to keep us amused.”

Among the residents were RAF veterans Keith and Sheila Jackson. Keith served for 27 years as an RAF Mover, finishing his career at RAF Wittering and Sheila was in admin. Veteran Gerald Dexter served as an aircraft technician, working on Canberra aircraft and was also a member of 504 Squadron, a reserve squadron now based at RAF Wittering.

Officer Commanding Support Wing at RAF Wittering, Wing Commander Maggie Boyle, said: “What a wonderful start to Christmas. Caroline has done a great job in bringing this project to life and I’m so pleased that we’ve had the understanding and support of the RAF Benevolent Fund.

“Catering Flight have added their own personal touch and made a real difference to the lives of these senior citizens and veterans, it is the Christmas spirit in action. Brilliant work!”

One of the hampers. Photo: SAC Kimberley Waterson.

One of the hampers with a Play Your Cards Right set. Photo: SAC Kimberley Waterson.