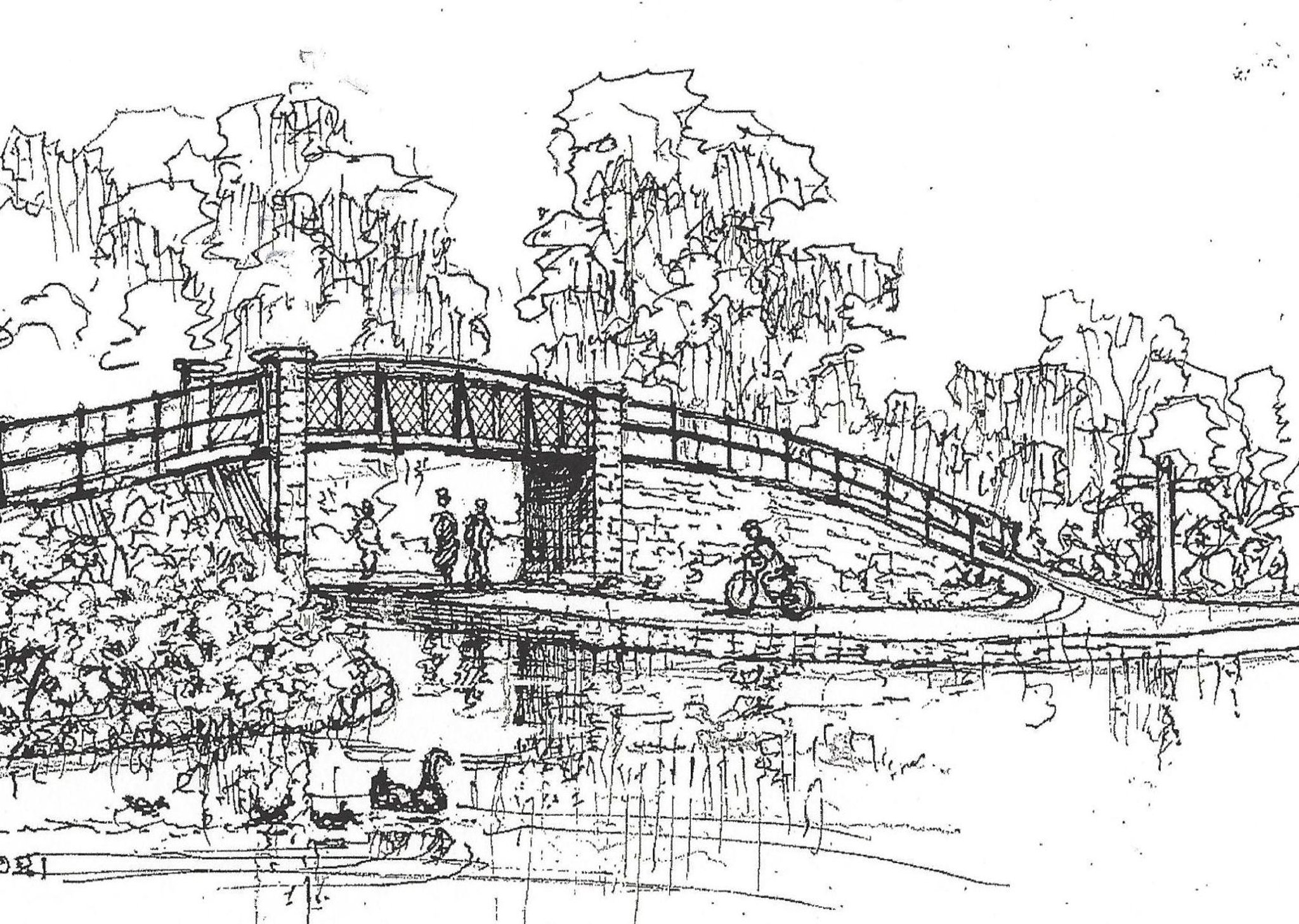 The popular attraction, which is accessed via Pleasure Fair Meadow Car Park on Oundle Road, sits on the banks of the River Nene alongside Peterborough Nene Valley Station.

Close to its site on the other side of the river is an old cooling trench which was dug to provide water to the coal-fired power station that once sat on the site of the Rivergate shopping centre. The building was demolished in the early 1980s.

The trench has left a strip of unused land, which Railworld Trustee Brian Pearce MBE has had the idea to transform into a new nature habitat adjoined to the site. The strip of land was once popular amongst carp fishermen in the city.

Google Maps incorrectly shows that the strip of land is already an island but in reality, there is still a small amount of soil that keeps it joined to the rest of the bank.

Under these plans, this soil would be dug out to create a long island to be used as an animal habitat.

Railworld has a Victorian railway footbridge that was donated by British Rail many years ago after it was removed from Spalding Station. This would be used to join the island to Railworld’s site to allow access, there is already a footbridge at the western end on the Nene Way,

Brian said: “Volunteers at the Railworld Wildlife Haven have for some time wondered what could be done to the old power station cooling channel that appears to be a clogged up and an abandoned industrial relic.

“Swans have nested at the east end for many years – but the weed is so thick they have to more or less walk over it to get to their nest and the young cygnets have even greater difficulty navigating the clogged channel to make it out into the open River Nene.

“We have a Victorian Railway footbridge from Spalding Station, donated by British Rail many years ago and we would like to offer that as support for a scheme of improvement to the canal, making a ‘long island.’

“The canal could be opened up back to the River Nene and the footbridge will allow access to the island, there is already a footbridge at the western end, the footpath is part on the Nene Way!

“The new ‘island’ could be dedicated to creating habitat for our native species and increasing and improving biodiversity, we could call it Habitat Island! or ‘HI Peterborough’? All helping our city’s environmental credentials.

“Once the pandemic is over the government is certainly looking at focusing on the three key themes of restoring nature, supporting nature based solutions and connecting people with nature. This is a great opportunity, with the added benefit to public health and wellbeing.”

An artist’s impression of the site of the new island by Railworld Wildlife Haven volunteer Martyn Hanks.

An Ordnance Survey map of the strip of land as it is currently.

Brian Pearce (right) at Railworld with volunteer John Crane (left) and the bridge they want to connect to Habitat Island.