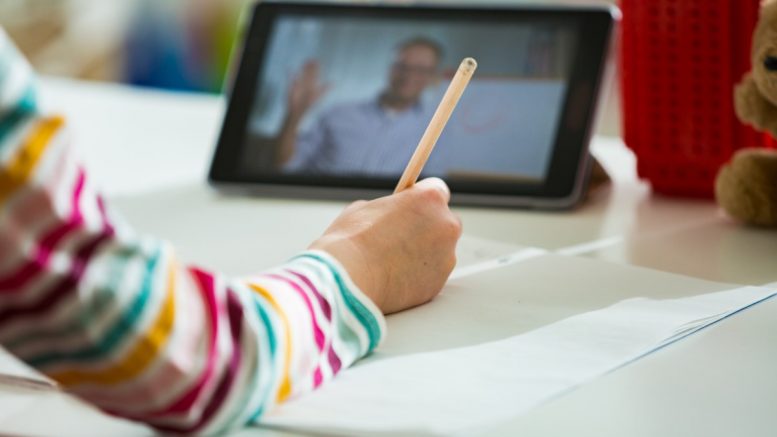 In that time the number of households on the Peterborough Homes Housing Register increased by 1,264, according to data due to be discussed by Peterborough City Council’s  Adults and Communities Scrutiny Committee in a meeting on November 17.

The council’s Housing Needs team’s common Housing Register, agreed in partnership with ten housing associations which have accommodation in the city, comprises the Peterborough Homes partnership.

A household’s chances of securing social housing are based upon the number of properties that are advertised for let through the Choice Based Lettings Scheme.

The document states: “Whilst work has continued at a pace to secure an appropriate level of temporary accommodation to meet increasing demand it remains important to secure the development of new permanent homes with a suitable mix of tenure.

“In total, 1,145 new dwellings were built in Peterborough during this period, with affordable housing representing 24.5% of the overall delivery. This is a significant improvement in rates of affordable housing delivery achieved in recent years which have seen an annual average of less than 150 new affordable homes delivered per year over the previous 4 year period.”

Peterborough City Council added in the document: “The increase in affordable housing delivery rate is set to continue for this year, with 301 new affordable homes anticipated for completion by the end of 2020/21 comprising a tenure split of 191 rented tenure homes and 110 shared ownership tenure homes.”

Overall, the average house price in the city based on sales in July 2020 was £222,420, an increase of £16,799, and the document states that house prices are becoming less achievable for many in the city.

It says: “Using CACI data on households’ incomes and the average house prices based on sales and valuations a calculation can be made to consider how many times income the local house prices represent. A common rule of thumb is that a house price of 3 to 3.5 times income is considered to be affordable.

“In July 2020 the ratio was 8.8 making home ownership unaffordable for those on lower incomes.

“The private rented sector is buoyant in Peterborough. The median weekly rent for a 1 bedroom property in Peterborough was £126 in July 2020 and an increase of £5 per week in the last 12 months, the Local Housing Allowance rate was £110 per week.

“The gap between median rent and Local Housing Allowance grows with the size of the property and with a gap of £34 per week for a 4 bedroom property.”

Provisional approval to give £19 million to help facilitate the delivery of 453 affordable homes – including 271 in Peterborough  has been granted amid concern for the Cambridgeshire and Peterborough Combined Authority’s housing programme.

The financial commitment approved on Monday (November 9) is subject to the government releasing further funds to the Combined Authority.

The government promised £100 million to the Combined Authority as part of the 2017 devolution deal, which is to be spent on the delivery of 2,000 affordable homes, and is paid in instalments subject to reviews.

The last two instalments remain outstanding. The Combined Authority says the government withheld £15 million expected last year, and it is still awaiting confirmation that it will receive the £30 million expected this year.

The exact reasoning behind the delay in funding is yet to be stated publicly by the government, but reporting by the Local Democracy Reporting Service shows government officials have offered a differing target completion date to the one stated by the Combined Authority, which would give it one year less to make the progress expected, making the deadline March 2021 instead of March 2022.

A letter from a government official released under the Freedom of Information Act also suggests the government has questioned the Combined Authority’s affordable housing figures, raising doubts over the contribution the Combined Authority is making to deliver 540 of the homes it claims to be helping to deliver as part of the £100 million programme.

The Combined Authority says it has “received no indication from the Ministry of Housing Communities and Local Government that we will not receive the outstanding £45 million of funding for the remainder of our housing programme”.

The Combined Authority also says it has the cash flow required to pay for helping deliver the 1,589 homes it has already committed to prior to Monday, but approving the latest round of schemes “subject to” confirmation of further funding from the government is the first public indication from the Combined Authority that its funding for planned housing projects is not yet secured.

Chairman of the housing committee, Conservative councillor Chris Boden, told the committee on Monday that “the deferral of £15 million from the financial year 2019/20 has not been specifically reasoned to us” by the government.

To determine the issue and resolved it, he said: “We have been in regular communication with [the Department for Business, Energy and Industrial Strategy], both at officer level, chief executive level, and the mayor is now raising this at ministerial level.”

Mr Thompson also told the committee that “it is probably quite probable” that two other schemes, comprising 107 of the homes currently included in the programme, “may well fall away”.

“In one situation the applicant is going to take their money from Homes England,” he said, and for the other site, Mr Thompson said it “seems unlikely” the project envisioned will happen soon enough to meet the Combined Authority’s deadline to deliver 2,000 affordable homes.

They include grants to subsidise building new affordable housing and to convert existing market-sale homes to affordable rent or shared ownership.

Cambridge City Council has its own £70 million ring-fenced fund which it is using to build 500 additional council homes in the city, which it expects to complete within the government’s target.

One member of the housing committee, Labour councillor Mike Sargeant, said he has had concerns about the Combined Authority’s progress on its £100 million affordable housing project for a “long time,” but said of the latest report: “This to me paints an even blacker picture than we have seen in the past.”

“I think we are a long way away from what we should be achieving,” he said, adding “I don’t think we are actually making progress at the moment”.

Cllr Sargeant said the Combined Authority has not been acting in line with the business case set for the programme set in 2017, and asked “is this the real reason the funding is not coming through?”

“We know full well that they are concerned about Mare Fen [the 540 homes] and the legitimacy of that,” he said, but added the  programme’s original business case was agreed with the government and needs to be adhered to.

“It just feels to me that we have taken a very ad hoc approach to the funding of housing in the £100 million. We have not done what we said we would do when we kicked off this £100 million housing grant scheme, and I think this, behind the scenes, must be one of the issues that the government is concerned about at the moment.”

He added: “We have not been following through what we said we would do.”

She said: “I think we have lost our way in being the guardians of a strategy. I think what we’ve become is a grant-giving body.

“We need to be playing a more active role in shaping a strategy and working with our partners, ensuring that this money is delivering the greatest benefit, where it is really addressing the problems.”

Cllr Sargeant called for a report to be brought back to the committee assessing its work against the original business case. He said the committee has not been provided with information for schemes to be assessed against a set criteria.

“We’ve missed a trick over the years,” he said.

Mr Thompson said the government has not raised any concerns about compliance with the business case.

Cllr Boden said a report would come back to the committee.

“As long as we do have a broad and wide-ranging discussion about what we include, I think it’s a completely legitimate way to move forwards, and potentially it should have been done some time ago,” he said.

Great Shelford, South Cambridgeshire – Delivery of 21 homes, all at affordable rent at More’s Meadow, Great Shelford. Grant of £1,008,000 to the Parochial Charity, which has planning permission subject to conditions.

Update on emergency railway works on Peterborough to Ely route

‘Friendly benches’ to help those who have been shielding