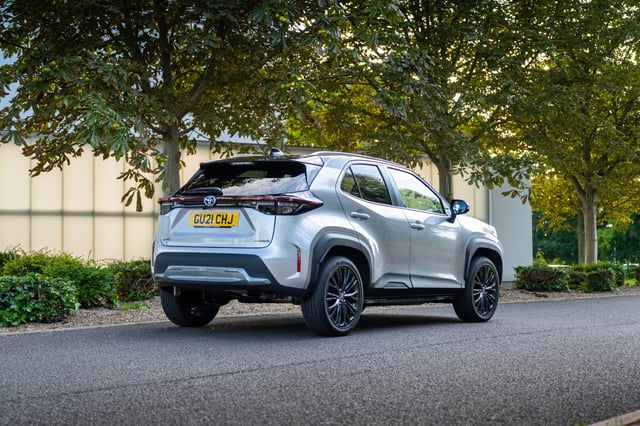 The sporty GR Yaris might have attracted all the attention when it launched to near universal acclaim alongside the fourth-generation Yaris hatchback on the TNGA-B platform, but there’s another, less dramatic version of the Toyota’s supermini that deviates from the traditional B-segment format – the Toyota Yaris Cross.

What it lacks in muscle and statistical bragging rights, it makes up for in big car feel and efficiency. A compact crossover SUV with a hybrid system capable of driving in EV-only mode and with all-wheel drive available as an option, it competes in a segment packed with top-selling and highly regarded models like the Ford Puma, Nissan Juke, Vauxhall Mokka and Volkswagen T-Roc.

As the country lurches from one crisis to another, the dependability associated with the Toyota badge paired with the impressive real-world fuel efficiency of the Yaris Cross could prove a winning formula.

The Yaris Cross is a single-engine line up, that means all models carry the 1.5-litre, three-cylinder petrol engine paired with an electric motor and battery. It can run solely on battery power at low speeds and the Yaris is in its element in an urban environment, quietly cruising around, your left foot completely redundant thanks to the automatic continuous variable transmission.

The CVT gearbox means there’s some mildly unpleasant noise under hard acceleration but, generally, it’s a smooth, refined and comfort-orientated drive. It’s livelier off the mark than the 11.2-second 0-62mph time would suggest and, while this hasn’t been designed with long-distance motorway cruising in mind, the Yaris copes well at 70mph.

Fuel efficiency is the chief attraction of owning a hybrid and the Yaris Cross turned in an impressive 67 miles per gallon during our test. Admittedly, I was actively trying to drive sensibly for a lot of the drive, but I honestly didn’t have to try too hard to turn in that figure. I suspect you’d have to try much harder to average below 50mpg on a normal drive.

Our test car was front-wheel drive but, unlike many of its competitors, the Yaris cross comes in a four-wheel drive variant which I would expect to change the dynamics slightly and improve grip in challenging conditions.

Steering was light and again, perfect for city driving. The ride is soft compared with, for instance, the Ford Puma and handling suffers a little at speed in comparison. It’s a small compromise that, on balance, probably benefits the Yaris driver for most real-world scenarios given the post-apocalyptic state of most urban roads in the UK. That said, our Excel trim demonstrator was equipped with 18-inch alloy wheels and I suspect the 17-inch and 16-inch options elsewhere in the range will feel softer still across potholes and speed bumps. Another drawback of those larger wheels was noticeable road noise on the motorway, in particular.

The driving position is excellent and the Yaris Cross, which is both longer and wider than the standard Yaris in terms of its external footprint, feels very much like an SUV as opposed to a jacked-up supermini. Visibility is excellent to the front and flank, but less so looking out behind you.

That’s despite the fact that,upon entering the cabin, you’re initially reminded of the car’s supermini underpinnings – the layout, fit and finish are identical to the smaller Yaris. Not to say that’s a bad thing. It’s well equipped, well put together and comfortable. Toyota has a knack for taking fairly standard components – read, not especially luxurious or tactile – and putting them together in such a way as they feel like they are hewn from freshly-quarried granite. This is not a luxury car, but there’s a reassuring solidity to the build that adds to the big car feel.

The mid-spec Excel trim level comes with an eight-inch touch screen infotainment and navigation system which is clunky, but Android Auto and Apple CarPlay compatible, if it bothers you.

The designers have made good use of the extra length and width and the boot has a capacity of 397 litres with the seats up – an extra 111 litres on the standard car. With that sort of space, the Yaris Cross has potential as a main family car, a role the hatchback might struggle to fulfill.

That’s easily competitive with a C-segment hatch, the likes of the Ford Focus (375 litres) or Volkswagen Golf (380-litres), being previous yardsticks for the ‘average family car’. The boot floor is height adjustable, which is a nice touch that can help with sliding in heavier items.

The boot floor in the Toyota Yaris Cross is adjustable

The front is fairly spacious but leg room is limited in the rear, as you might expect from a small crossover. The roofline doesn’t slope backward as much as some competitors however, so headroom in the rear means two adult rear passengers are a genuine option without a comfort break at the chiropractor’s office.

The crossover segment is one of the most competitive in the UK market and with some highly appealing,affordable models duking it out the B-segment crossover class has become a real battleground.

The Yaris Cross isn’t the most stylish or the most dynamic to drive in the class, but the economy figures are truly impressive and, for buyers not yet ready to take the plunge into fully-electric motoring, EV-only driving will hold high appeal. 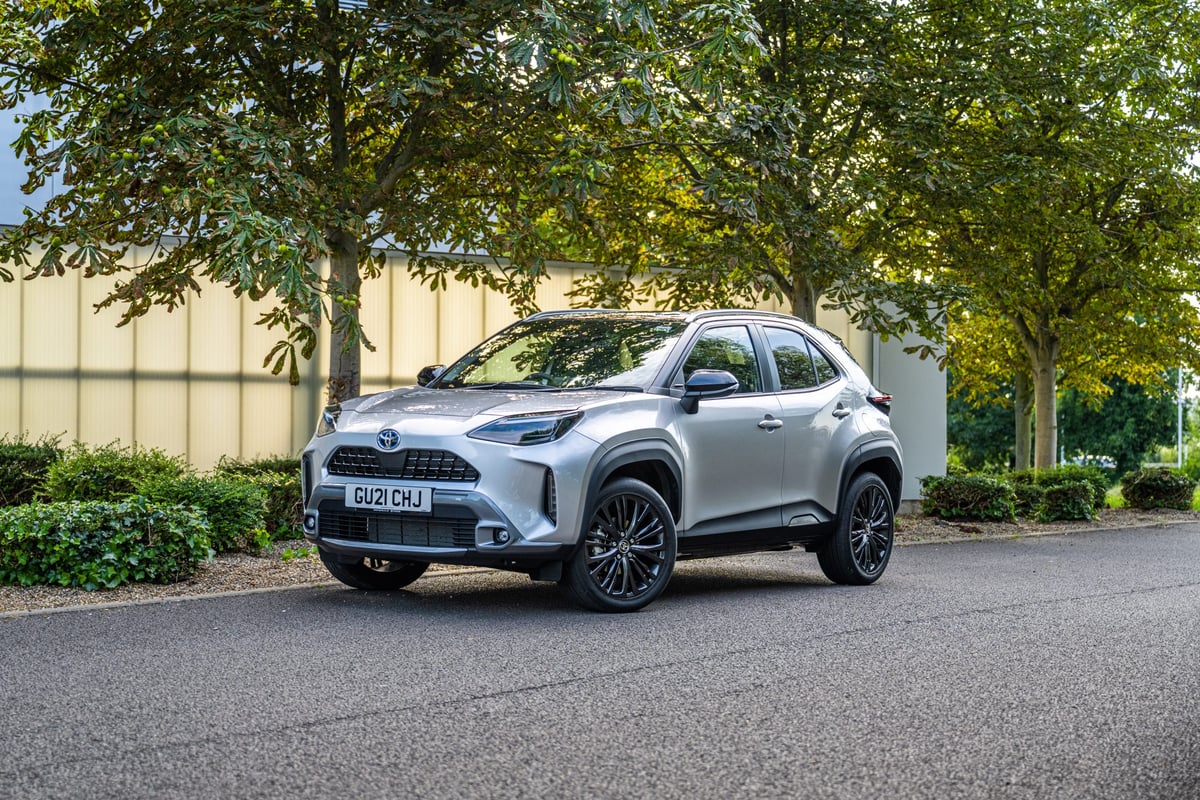 Tesco shoppers to hunt for golden charity tokens worth £1million