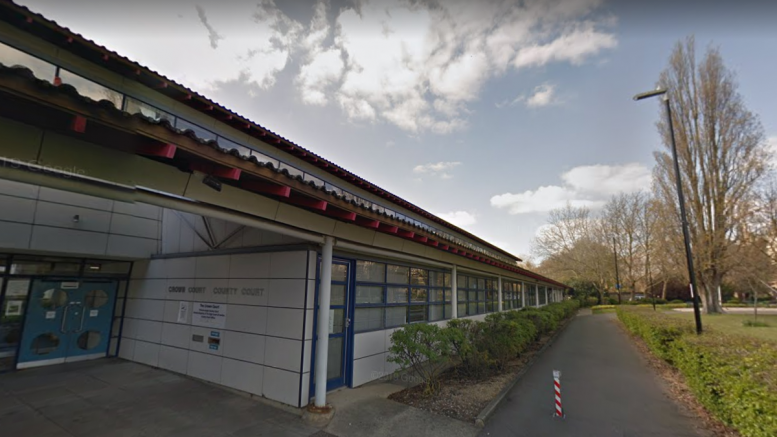 Crouch, 23, saw the victim cycling in Ravensthorpe, Peterborough, in June last year and demanded he stop, giving the victim the count of three to get off the bicycle, claiming he would stab him if he didn’t.

As he made the demands and began to count, he reached into his backpack, prompting the victim to put his hands up and walk away.

Crouch fled on the bike, which was worth about £850, and the victim called police.

Three months later the victim was drinking with friends outside the Halcyon Pub, Peterborough, when he spotted Crouch walking past the pub with another man.

He quickly asked other pub-goers if they recognised the man, leading to one passer-by giving Crouch’s name. The information was passed onto officers, who tracked down Crouch and interviewed him about the robbery.

Crouch claimed he couldn’t have committed the offence, as he would have been at work at the time of the incident. However, his alibi was short-lived, as officers confirmed he started his job three months after the robbery took place.

Officers set out to arrest Crouch at his grandmother’s house, finding him in a towel, moments after having a shower.

He was given a chance to dress himself and cooperate, but fled through a bathroom window before eventually handing himself in to police.

Today (October 9) at Peterborough Crown Court, Crouch, of Dunsberry, Bretton, Peterborough, was sentenced to 15 months in prison, suspended for two years, having pleaded guilty to robbery at a previous hearing.

DC Louis Scott said: “Crouch had no regard for the welfare of his victim, who feared for his safety as his bike was stolen.

“I would like to applaud the quick-thinking actions of the victim and the other members of the public, who provided sufficient information which led to the identification of Crouch, and provided an opportunity to bring him to justice.

“This investigation should send a message that these offences are taken extremely seriously and all reasonable lines of enquiry will be completed in order to provide a realistic prospect of conviction.”

Man jailed for tax evasion of over £150,000 after illegal cigarettes seized

What’s new on Disney Plus this August?