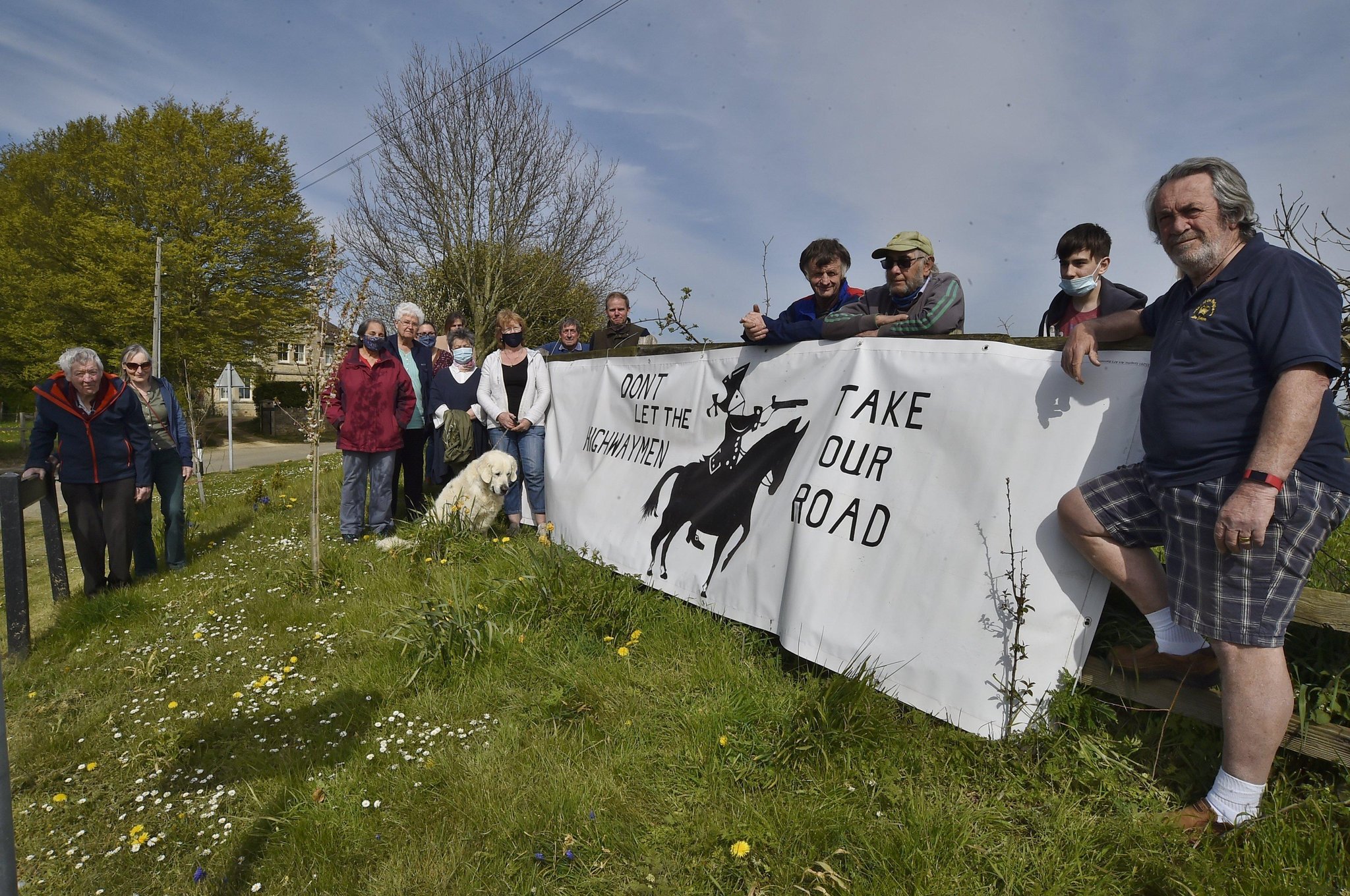 An action group set up by villagers is calling for a rethink of the proposal, which is part of a multi-million pound dualling of a 1.6 mile section of A47 single carriageway between Wansford and Sutton.

Under Highways England’s plans, Main Road into Upton would be permanently shut to traffic by the winter of 2024 with all vehicles coming in and out of the village along just one route via The Drift.

But villagers say the route is not suitable for the traffic it would attract, is frequently used by slow moving farm vehicles, which are awkward to pass, and could also pose difficulties for emergency service vehicles.

“The Drift is a single track road with a sharp bend and no passing spaces and is often used by agricultural vehicles, which are difficult to pass.

“Part of the road is a steep slope and can be almost impassable during the icy weather. Another concern is that emergency vehicles will

also face difficulties getting through.

“We are urging Highways England to rethink these proposals.

“If Main Road has to be closed then The Drift must become a two way road with the sharp bend straightened.

“But we think the cost of doing this would actually be more than just connecting Main Road to a new roundabout.”

Mr Burgess said villagers were also angry they had only found out about the proposals by accident.

He said: “The original consultation by Highways England involved three proposals, none of which involved closing Main Road.”

A Highways England spokesman said: “The Main Road connection to Upton is being closed because of design changes made following the feedback we received – around 700 responses – at the statutory consultation in 2018.

“We received significant feedback regarding the scheme’s proposed southern route (south of the existing A47 road), it’s environment impacts and rat running through local villages.

“To resolve these problems, the scheme route moved to north of the existing A47, with the existing Nene Way roundabout to be relocated to a safer position.

“Upton has also suffered from rat running which will be resolved with these changes.”