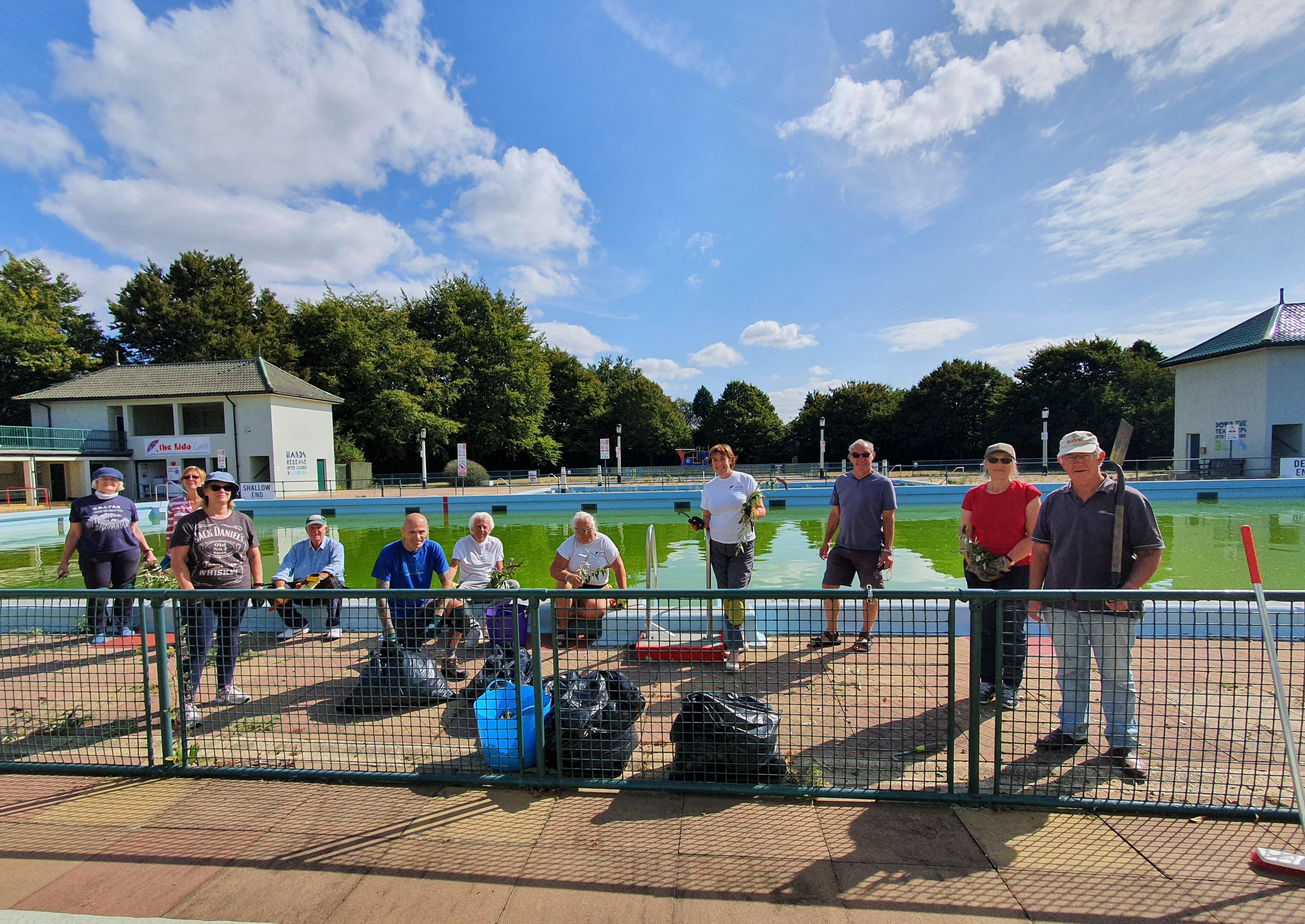 Volunteers from Friends of Peterborough Lido amidst their ‘weed attack day’

Due to the Covid-19 pandemic, the pool did not open this summer but volunteers from the Friends of Peterborough Lido (FOL) group have still been looking ahead to how they can make the opening in 2021 run as smoothly as possible.

The aim was to clear as many of the weeds that have taken root between the paving slabs as possible.

One of volunteers hard at work

This process needs to be done every year but usually takes place between March and May, with that not being possible during these months, the FOL stepped in to help maintain the site.

They plan to do the same next week as well.

The group has around 90 members and many more were keen to attend but were unable to either because of work commitments or the fact that they are shielding.

The event was facilitated by Vivacity, the leisure trust that is in the process of handing over control of the pool and other facilities to Aragon Direct Services, Peterborough City Council’s trading company.

It was Aragon that supplied the tools and equipment to enable FOL to hold the event as well as tea, coffee and biscuits for the volunteers.

FOL was formed in 2017 by a group of enthusiastic swimmers who felt privileged to have the facility in the city and were passionate about its benefits.

The group works alongside the management team to exchange views and help develop and maintain the grounds for future generations.

Many members have also been supporting the pool by still paying their 2020 subscription fees, even though there are no benefits on offer for doing so, over £200 has been raised in this way so far.

Chair of FOL Janet Martin said: “As volunteers, we are all passionate about the Lido and want to do all we can to prepare it for next year’s opening.

“We wrote off the possibility of this year’s opening a long time ago, it was in the best interests of safety, but the Lido will open again next year and we are doing all we can to make it happen. If we didn’t do this now, it would be a jungle next year.

“The pool is part of the heritage of the city and is one of the few places that brings people from all walks of life together.

“It has progressed leaps and bounds under the leadership of Steve Luker (Centre Manager) and will continue to do so. There are really few places that have a gem like this.”