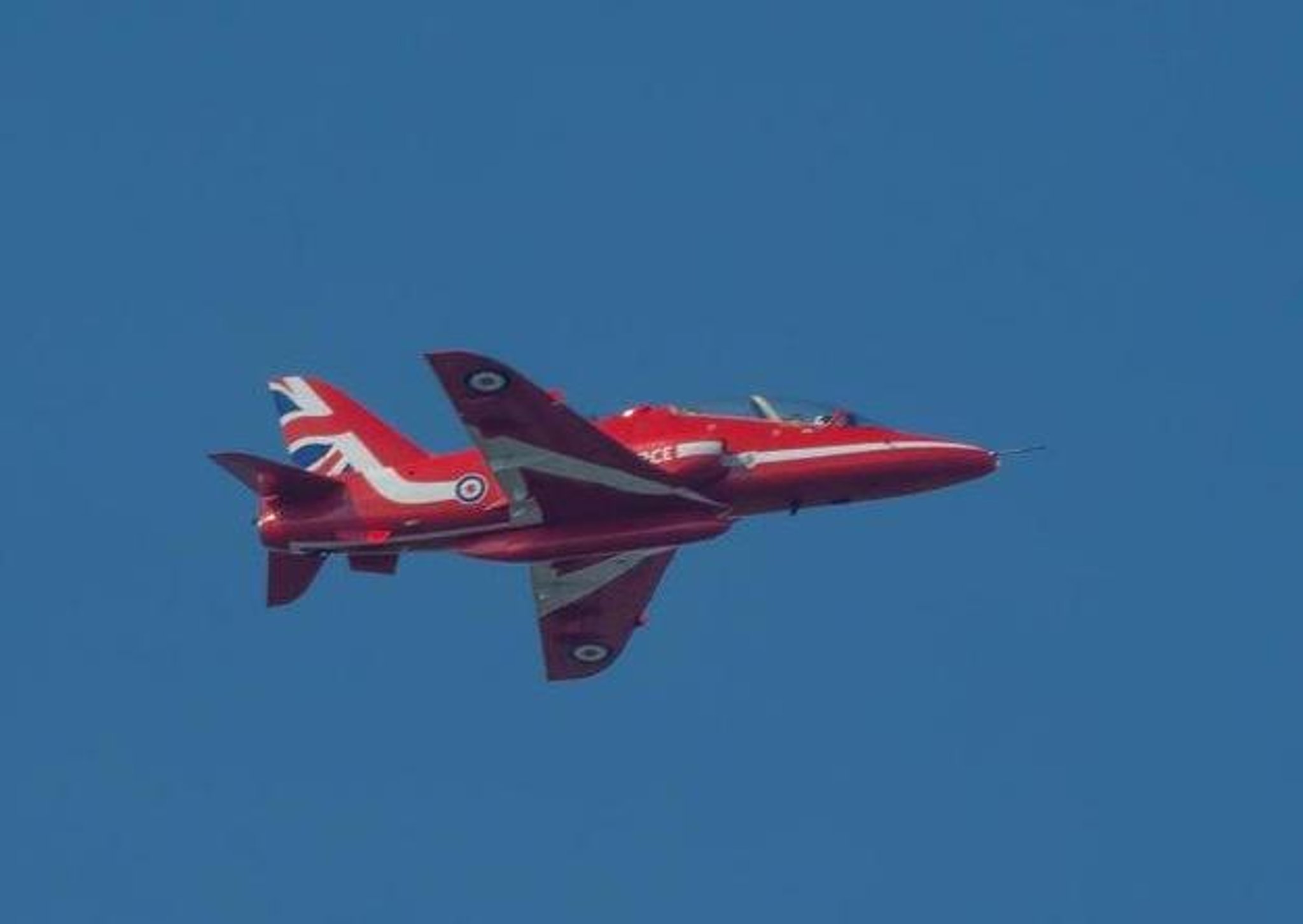 The world famous display team will be performing at the Midlands Air Festival and the Shuttleworth Festival and will pass over Cambridgeshire as they return to their base at RAF Scampton in Lincolnshire.

The team’s flight path suggests they will pass over March at around 2.14pm before turning towards Peterborough and passing over Thorney, near Crowland and towards Bourne.

The Red Arrows’ opening display of the new season was on Friday (June 4) at the three-day Midlands Air Festival – the first event of a four-month summer campaign spanning the UK and mainland Europe.

The display team was in action across the country yesterday and today on their first busy weekend since the Covid pandemic began.

The last time a UK audience saw the Red Arrows perform an aerobatic show was at the Royal International Air Tattoo in July 2019.

After that, the team carried out a highly-successful 11-week tour promoting UK interests across North America, before the pandemic hit planned events in 2020.

The former Typhoon pilot, who flies as Red 1, said: “I am hugely proud of what the whole team has achieved in being awarded Public Display Authority and being ready to perform for people in the UK, and beyond, across the new season.

“This is the culmination of several months of hard work and everyone’s dedication to the task has brought us to this point, whether they be fellow pilots in the team or our highly-trained support staff.”

The expected Red Arrows flight path as it passes near Peterborough at around 2.14pm.

The Red Arrows are based at RAF Scampton in Lincolnshire.

The Red Arrows marked the 75th Anniversary of VE Day during the Corona Virus pandemic by performing multiple flypasts, namely over the capital. London. Images were captured from the back seat of Red 8s jet, image shows the jets above Lincoln after performing a flypast. Picture: Cpl Adam Fletcher – RAF /© MOD Crown Copyright 2020