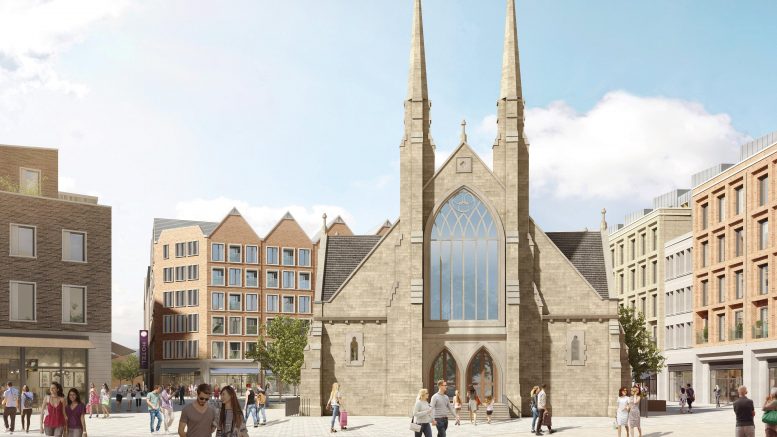 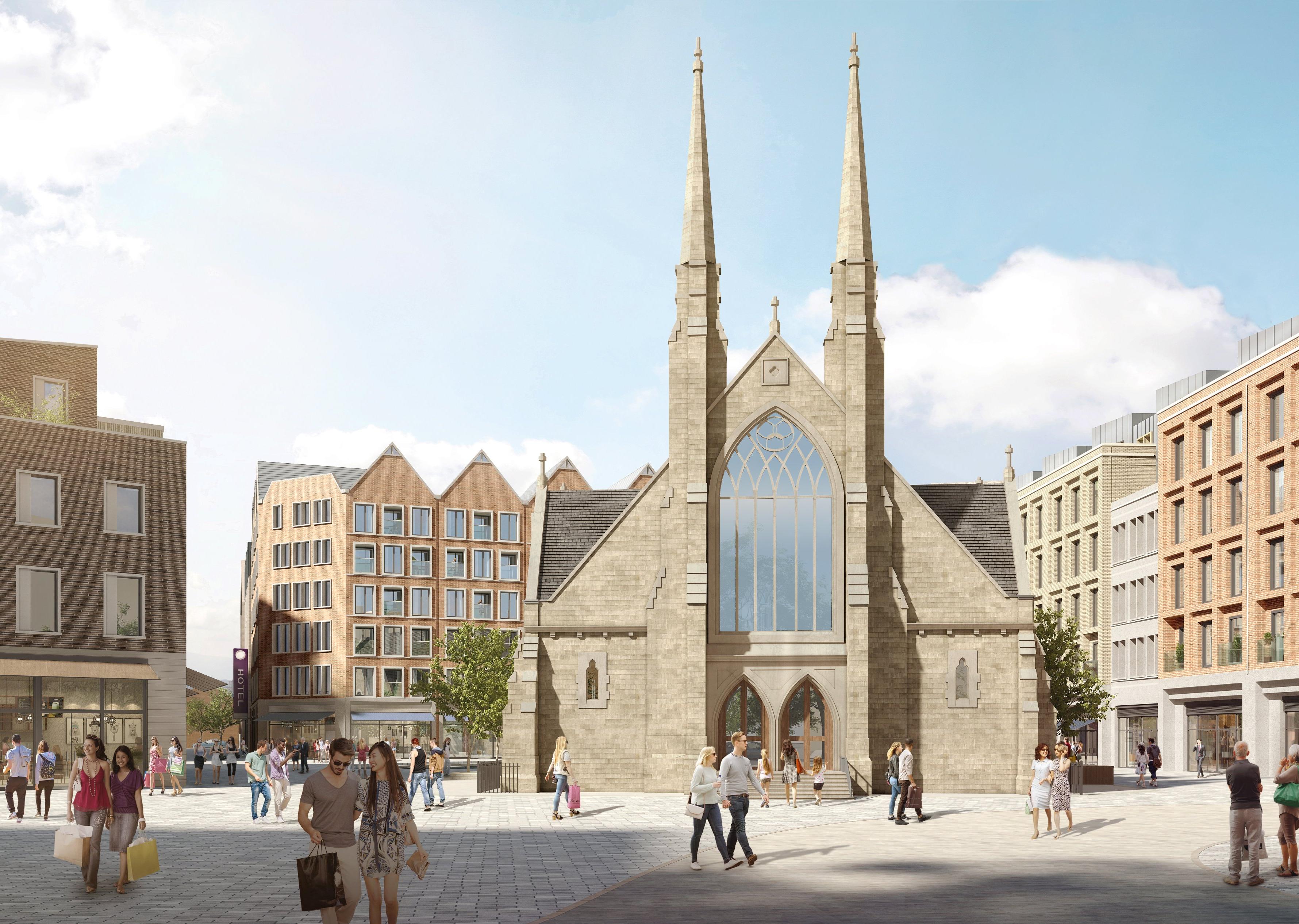 Peterborough City Council and Hawksworth Securities PLC have entered an agreement to begin acquiring land at the site just north of Queensgate.

The scheme will provide new homes, offices, a hotel and supporting retail, restaurant, café and leisure uses, while the Brewery Tap and Westgate New Church will remain within an enhanced public realm setting.

Council leader Cllr John Holdich said Hawksworth chairman Peter Breach was determined to see building works begin in a year’s time, adding: “People want to come here and do things and invest in Peterborough. We need to get it going.

“I believe Mr Breach in what he says and he wants to get it going in 12 months.”

The make-up of the leisure services for the site have yet to be finalised.

The redevelopment of North Westgate has been discussed in Peterborough since 1992 but so far little progress has been made.

In 2003, Hawksworth failed to secure preferred status with the council for its plans which included retail, residential, leisure, healthcare, parking and ancillary facilities.

Then, in 2015, it became embroiled in a saga after its new plans for a cinema-led regeneration of North Westgate co-incided with Queensgate revealing its own cinema-led extension to the shopping centre.

Both schemes were given the green light by planners at the same meeting, but Mr Breach took the decision to give Queensgate the go ahead to the high court, saying it would make his plans unviable.

However, he lost the case, and was forced to re-design his proposals.

Since then, both the council and Hawksworth have put together rival plans for the area, although they have now committed to working together to finally see the project get off the ground.

This led to the council – which has previously set aside £15 million to kickstart the project – giving its approval on Tuesday to begin buying the land for Hawksworth’s 60,000 sqm development.

Once all the land for the scheme has been acquired, Hawksworth will push forward with the area’s transformation.

The company secured outline planning permission in 2018 for the regeneration scheme which will create hundreds of new jobs and tie in with plans to redevelop the city centre, including the Station Quarter and the ongoing Fletton Quays development at the South Bank.

Cllr Holdich said: “Tuesday’s decision brings the vision of a vibrant new quarter for Peterborough closer to being a reality.

“While the council is in a unique position of being able to use compulsory purchase powers, if required, the aim of both parties is to secure the remaining parcels of land through private treaty negotiations, as far as possible.

“Like Fletton Quays, the redevelopment of North Westgate will generate growth in this under-utilised part of the city and is part of the council’s long term aim to extend and revitalise Peterborough city centre for future generations to come.”

Cllr Holdich also told the Peterborough Telegraph that he believes the project will take up to seven years to be fully completed.

Mr Breach said: “Hawksworth has been a long-term investor in Peterborough and we are delighted that our vision for North Westgate has taken a major step forward with the support and shared aspiration of the council.

“We believe our plans for North Westgate offer a perfect opportunity to regenerate this part of the city, providing investment in the city’s economy and improved facilities for current and future residents.

“A strong local economy and accessibility to London makes Peterborough an ideal choice for new business occupiers and residents seeking the quality of life that this great cathedral city has to offer.

“We are committed to the regeneration of North Westgate and look forward to working with the council and local communities to bring it to fruition.”