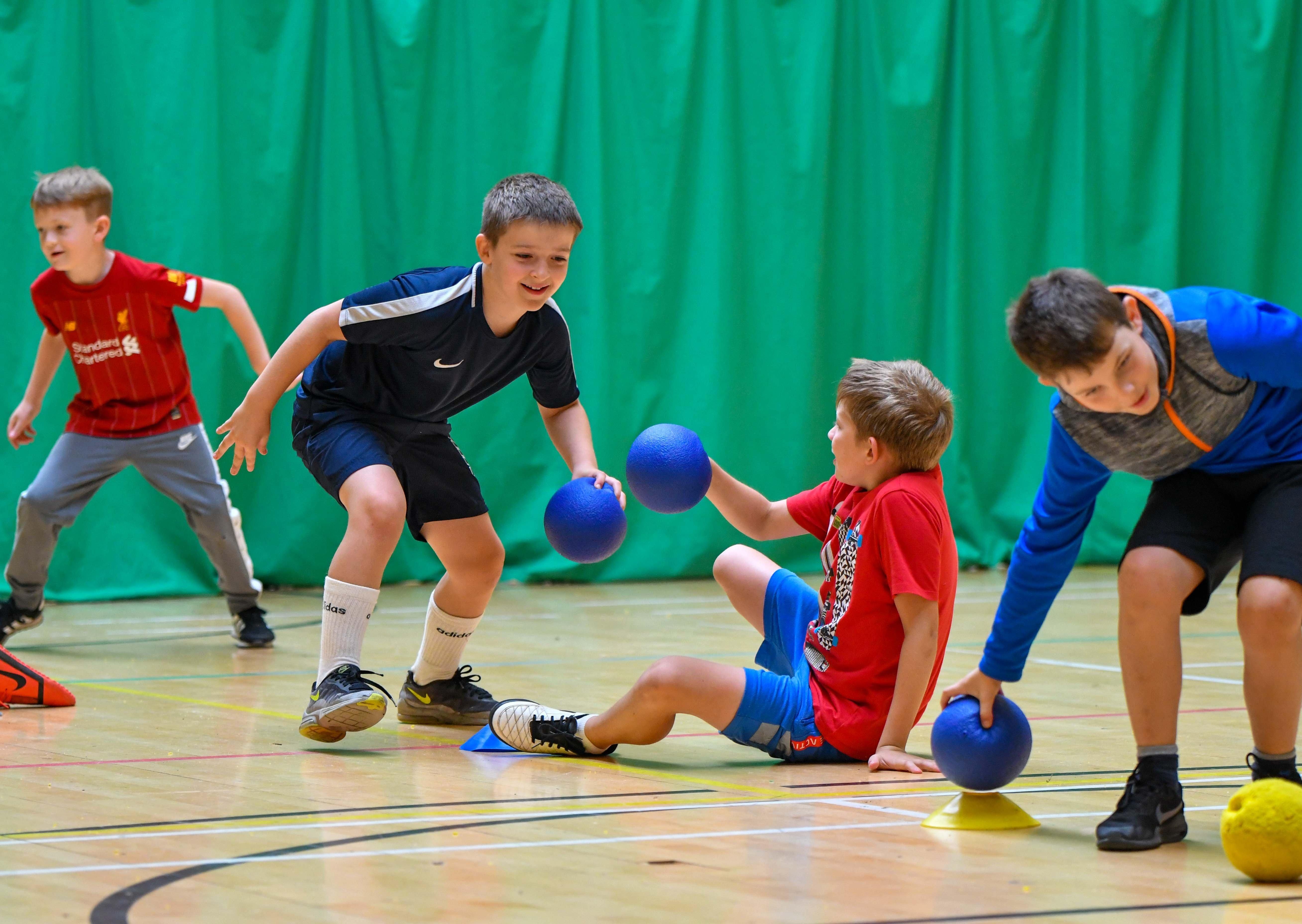 YDP was set up in 2014 by former Peterborough United goalkeeper Luke Steele and Luke Kennedy, who played professionally for Rushden and Diamonds before moving into a role with the Police aged 21.

Both were born in Peterborough.

The aim of the project is to offer high standard sports coaching to as many young people as possible to help them improve, build self-esteem and make positive life choices.

One of the ways they do this is through their summer sports camps. At the camps, which are open to children from reception up to year 8, children take part in a range of games as well as sports such as football, basketball, hockey, cricket, boxercise, dodgeball and tag-rugby.

This summer, the camps were hosted across seven weeks in nine schools across Peterborough between July and August.

In order to allow the camps to run safely, YDP put in place a Covid-friendly plan that involved introducing small ‘bubble activities,’ staggered drop offs, hand sanitising stations and they even offered an optional hour a day of academic work to help with the disruption the children have experienced in their education during lockdown.

For some, it was the first time they had stepped foot inside school for four months.

New for this year as well, YDP joined forces with Living Sport to fund 100 free spaces for disadvantaged children, at a critical time for their mental health and wellbeing, this also included a free lunch from local sandwich bar Swivels.

As a result of YDP’s dedication, they were able to attract 2500 children to the camps.

A spokesperson for YDP said: “Supporting vulnerable and underprivileged children is at the very core of YDPs values so providing this opportunity was very rewarding for the team.

“Parents and guardians were thankful for the project, allowing their child to receive a meal whilst keeping them active.”

One parent, named Caroline, added: “My son attended the YDP Summer camp. He had an amazing time and just didn’t want it to end.

“It has massively helped his confidence, mental health (especially after lockdown), his ability to interact with others and his fitness levels. YDP do an amazing job”.

YDP will next be delivering October Half Term camps. For details, visit youthdreamsproject.co.uk/ydp-projects/half-term-club/.

They are also launching a new programme – YDP Dance – held at St John Fisher School every Friday after school. Anyone interested can email luke.kennedy@youthdreamsproject.co.uk for further info.