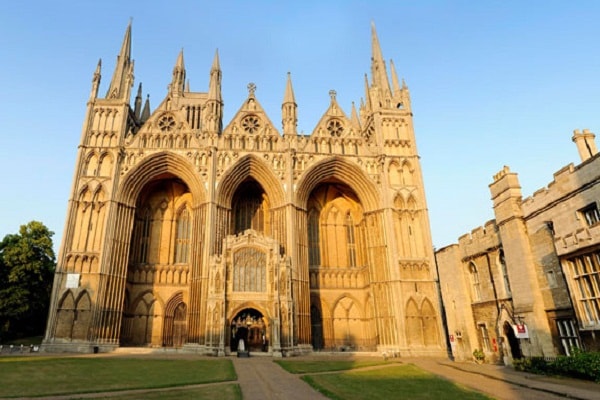 Peterborough Cathedral is one of the finest Norman cathedrals in England. Founded as a monastic community in 654 AD, it became one of the most significant medieval abbeys in the country, the burial place of two queens and the scene of Civil War upheavals.
A Peterborough Cathedral timeline
Roman Period – Archaeological evidence around and underneath the Cathedral indicates that there was a Roman building on this site, including evidence of a boundary ditch and monumental stonework. This may indicate a substantial building, possibly a temple or monumental arch.
655AD - A monastery is founded on the current Cathedral site, at that time called Medeswell, later Medehamstede (“the home/farmstead in the water meadows”), located on the north bank of the River Nene. The monastery was founded by Peada, son of King Penda of Mercia, and completed by Peada’s brother Wulfhere. At that time Mercia was a pagan Saxon kingdom, but as part of a marriage contract with neighbouring Christian Northumbria, Christian missionaries were allowed to found a religious house here. The original monastery may have been built of timber, but seems to have been later replaced in stone...